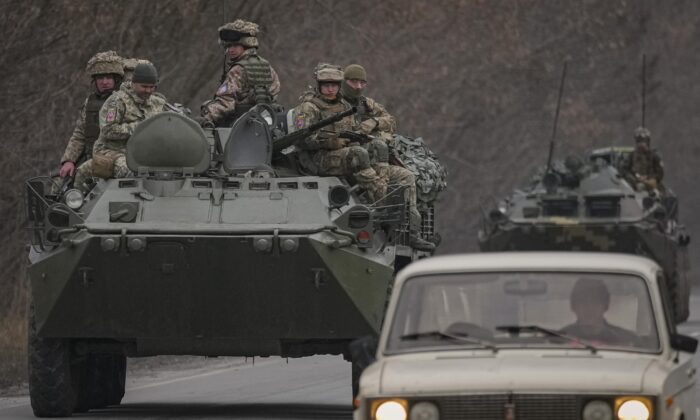 About 2,800 Russian soldiers have been killed in the first 36 hours of Russia’s invasion, Ukraine’s Ministry of Defense claimed Friday.

If confirmed, it would mean that Russia has suffered more losses in fewer than 48 hours than the United States soldiers suffered during the 20-year-long invasion of Afghanistan.

Russia has not released any casualty figures. The United Nations reported 25 civilians had been killed and 102 wounded, figures that were likely to be a “significant under-estimate.”

None of the death or injury tolls could be independently verified.

A senior Pentagon official who spoke on background with reporters Friday said the United States could not confirm the number of Russian soldiers killed.

“We cannot quantify what casualties either side has endured, other than to say that we certainly have seen reports of casualties in Ukraine, and we have no reason to dispute that. But in terms of quantifying them, I simply can’t do that. And I believe we’ll, we’ll be able to do that,” the senior defense official told reporters on Friday.

Earlier Friday, Ukraine’s leadership made several urgent pleas for help, although Ukraine is not a member of NATO.

“This morning, we are defending our country alone. Just like yesterday, the most powerful country in the world looked on from a distance,” Ukrainian President Volodymyr Zelensky said, apparently referring to the Biden administration. “Russia was hit with sanctions yesterday, but these are not enough to get these foreign troops off our soil. Only through solidarity and determination can this be achieved.”

An adviser to Zelenskiy said Ukraine was prepared for talks with Russia, including on staying neutral, one of Moscow’s pre-war demands. The Kremlin said it had offered talks in the Belarusian capital Minsk, but that Ukraine had proposed Warsaw instead and there was now a “pause” in contacts.

Russia is one of the world’s biggest energy producers and Europe’s biggest gas supplier, and both it and Ukraine are among the top exporters of grain. The war and sanctions are expected to disrupt economies around the world.