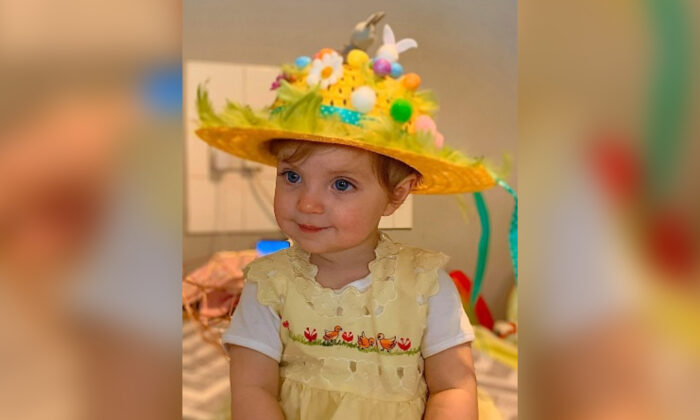 UK Woman Jailed for Life Over Murder of Girlfriend’s Toddler

A woman convicted of murdering her partner’s 16-month-old toddler has been jailed for life in England.

Savannah Brockhill, a 28-year-old bouncer and security guard who abused toddler Star Hobson for months before she died from “utterly catastrophic” and “unsurvivable” injures, was found guilty of murder on Tuesday and handed a life sentence on Wednesday with a minimum prison term of 25 years.

Hobson’s mother, 20-year-old Frankie Smith, was cleared of murder, given an eight-year sentence for causing or allowing her daughter’s death.

The killing of Hobson and details of how she was subjected to months of assaults and psychological harm have caused an outcry, especially as the trial came so soon after the case of murdered six-year-old Arthur Labinjo-Hughes by his father and stepmother.

Hobson’s great-grandfather, David Fawcett, has led the questioning over why social services and police did not act despite five different family members and friends raising concerns with the authorities in the eight months before she died.

She said the “fatal punch or kick” to Hobson caused the toddler to lose half the blood in her body and damaged her internal organs.

“The level of force required to inflict these injuries must have been massive—similar to those forces associated with a road traffic accident,” she said, adding the violent attack wasn’t an isolated event.

The judge said the toddler was also found to have suffered two brain injuries, numerous rib fractures, the fracture and refracture of her leg, and a skull fracture.

“She was also treated with, at best, callous indifference by you both and, on many occasions, with frank cruelty.”

The judge pointed to footage shown many times during the trial of Hobson “clearly desperately in need of sleep” falling off her chair and “dangerously hitting her head on the floor.”

She said both defendants filmed the incident and “you both found this funny.”

The judge told Smith she was a “rather immature and impressionable girl,” who “became obsessed” by Brockhill,  and that Hobson had been “caught up in the crossfire” of their relationship.

She said she took into account that Smith had lost her daughter, but said she “played a role in her death by allowing that death.”

Hobson’s great-grandfather Fawcett previously said his partner Anita Smith contacted social workers in May 2020 after hearing from family members that Brockhill was “slam-choking” the toddler—lifting her by the throat and throwing her on a bed—and threatening to shave off her hair, but social workers were convinced the claim was “just malicious gossip” and closed the case.

Smith’s friend Holly Jones, Hobson’s father Jordan Hobson, an unnamed friend of Smith’s mother, and Hobson’s great-grandfather Frank Smith also contacted social services raising concerns about the toddler’s safety, the trial heard, but Brockhill and Smith had convinced social workers every time that bruising on Hobson was accidental or the complaints were made maliciously by friends and family who did not like their relationship.