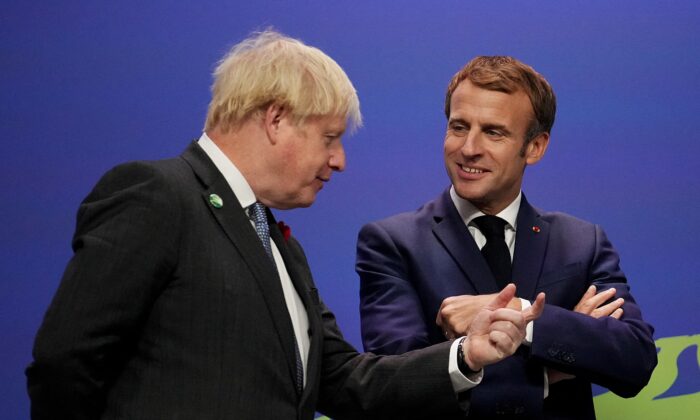 Britain has welcomed France’s postponement of planned trade sanctions, as talks continue over a dispute over post-Brexit fishing licences.

France had earlier said that it would restrict cross-Channel trade from 2300 GMT on Monday in response to the UK’s alleged violation of the UK–EU pact on post-Brexit relations by rejecting dozens of applications by French fishermen to fish in British waters.

But French President Emmanuel Macron said on Monday that he was postponing the planned trade sanctions on Britain so that negotiators from both sides could work on new proposals to defuse their dispute.

Talking to Sky News on Tuesday morning, Britain’s Environment Secretary George Eustice said the UK welcomed the fact that “France has stepped back from the threats it was making.”

“We’ve always said we want to de-escalate this and always said we have an ever open door to discuss any further evidence France or the EU might have on any additional vessels they’d like to have licensed,” he said.

Eustice said there will be a “very important meeting” on Thursday between Cabinet office minister Lord Frost and his French counterpart “not just on fisheries but a wider range of issues as well.”

Eustice also said French authorities had released Scottish-registered scallop dredger, the Cornelis Gert Jan, which had been detained on Oct. 27 after it was allegedly found fishing in French waters without a licence.

But the ship’s owner disputed the minister’s remarks, saying the vessel remains held at the port of Le Havre at least until a hearing to be held on Wednesday.

The European Union said talks on fishing rights would continue on Tuesday between officials from France, the UK, and the Channel Islands.

The sanctions threatened by France include increased border and sanitary checks on goods from Britain and banning British vessels from some French ports.

But after meeting with British Prime Minister Boris Johnson on the sidelines of the United Nations climate conference in Glasgow on Monday, Macron told reporters that France would suspend the measures pending the outcome of renewed talks.

“My understanding is that the British were going to come back to us tomorrow with other proposals. All that will be worked on. We’ll see where we are tomorrow at the end of the day, to see if things have really changed,” he said.

In response, a UK government spokesperson said: “We welcome France’s acknowledgement that in-depth discussions are needed to resolve the range of difficulties in the UK/EU relationship.”