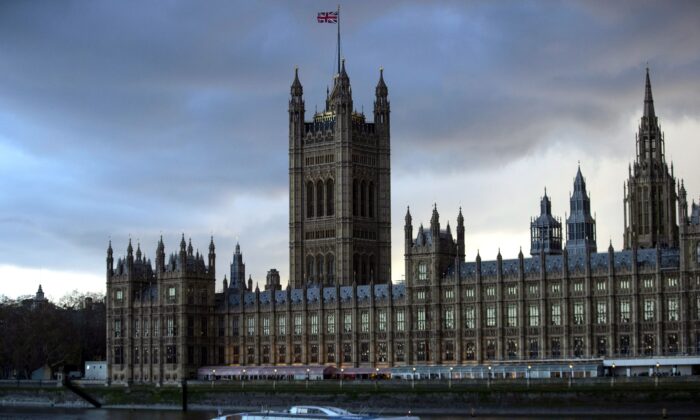 Storm clouds pass over the Houses of Parliament in London on April 2, 2019. (Dan Kitwood/Getty Images)
UK

Britain’s anti-corruption watchdog on Monday called for a radical overhaul of the system, which will see politicians with “poor ethical standards” facing tougher sanctions including fines and resignations.

Lord Evans of Weardale, chair of the Committee on Standards in Public Life, said the watchdog’s latest report points to “a necessary programme of reform to restore public confidence in the regulation of ethical standards in government.”

The report was commissioned after the Greensill scandal, which saw former Prime Minister David Cameron escaping punishment, despite privately lobbying ministers in efforts to secure access to an emergency COVID-19 loan scheme for Greensill before its collapse.

Lord Evans, who previously served as the director of MI5, said: “The arrangements to uphold ethical standards in government have come under close scrutiny and significant criticism in recent months. Maintaining high standards requires vigilance and leadership.”

Under Lord Evans’s plans, the prime minister’s ethics adviser would be able to initiate investigations and have the authority to “determine” breaches of the code. Some of the sanctions the prime minister may issue include apologies, fines, and asking for a minister’s resignation.

If the recommended reforms are implemented, the Advisory Committee on Business Appointments (ACOBA) and government departments will be able to impose a lobbying ban of up to five years on officials who have had a particularly senior role.

The committee said the government should also set out what the consequences for any breach of contract will be.

“Possible options for sanctions may include seeking an injunction prohibiting the uptake of a certain business appointment, or the recouping of a proportion of an office holder’s pension or severance payment,” the report said.

A Downing Street spokesman said the government will “carefully consider” the committee’s recommendations and will “set out a full update to Parliament in due course.”

But Prime Minister Boris Johnson rejected the call for the ethics adviser to have a greater role in scrutinising ministers’ conduct.

According to the spokesman, Johnson insisted the prime minister is “the ultimate arbiter” of the Ministerial Code and it should be his decision whether or not to order an investigation into one of his frontbench team.

The spokesman quoted a letter from Johnson to Lord Evans in April as saying that, if the adviser was given the power to launch their own probes, it could lead to “trivial or vexatious complaints” being examined.