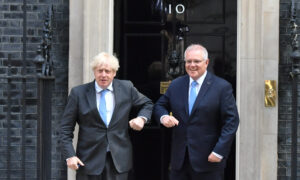 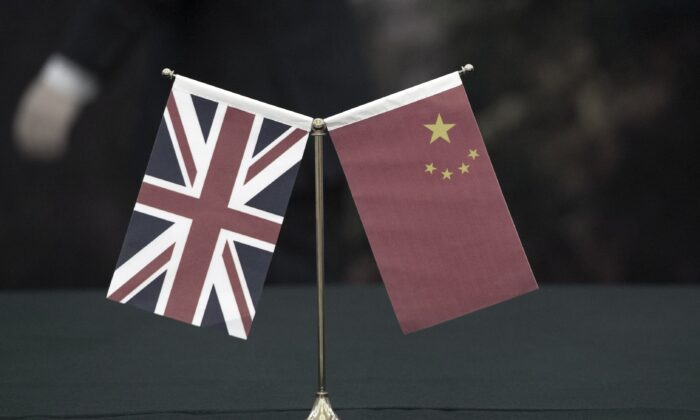 The union flag and the flag of the People's Republic of China, on March 2, 2015. (Arthur Edwards/The Sun/PA)
UK

The UK needs to be wary about its relations with China as Beijing embarks on a new cold war, a former Australian prime minister and government trade adviser has warned.

Tony Abbott, a member of the Board of Trade, said the Asian economic powerhouse was weaponising trade and urged Britain to guard against selling key businesses to the Chinese or even collaborating at a higher education level.

In a speech delivered at an event hosted by think tank Policy Exchange, Abbott said: “After 40 years of bide and hide, China is asserting itself aggressively in what is at best a cold peace and more likely a new cold war, only against a strategic competitor that is far more formidable than the old Soviet Union because it is being increasing embedded inside the global economy and can bring economic as well as military pressure to bear against its targets.

“Barring a change of dynasty in Beijing, China is likely to be the challenge of the century with big implications for economics as well as security.”

Abbott said the UK should not stop trading but should instead be “much more careful” about becoming economically dependent on China and assess where projects have “far more long-term value for them than us.”

He said China sees trade as a “strategic weapon” to be turned “on and off like a tap to reward friends and punish foes.”

The intervention of the politician comes as Boris Johnson faces growing pressure from some Conservative backbenchers to cool links with Beijing amid security concerns.

The UK government has already made moves to strip Chinese technology giant Huawei from the domestic 5G network over intelligence fears, while recent reports have suggested Whitehall is looking to block a Chinese state-owned nuclear energy company from all future power projects in Britain.

Abbott said that, no matter how close relations are between Chinese and British firms, the level of control exercised by the Beijing government meant it would be “unwise” to sell UK technology firms that aid China’s interests, a thinly-veiled reference to the potential sale of Welsh microchip manufacturer Newport Wafer Fab.

Prime Minister Boris Johnson has asked national security adviser Sir Stephen Lovegrove to examine the purchase of the company by Chinese-owned Nexperia for a reported £63 million ($87.4 million), with MPs calling on ministers to urgently intervene.

Even if university collaborations between the UK and China were to advance global knowledge, Abbott warned against it, telling the online audience it “probably should be seen as too much of a one-way street.”

He added: “I’m not advocating a retreat from freer trade, just the importance of distinguishing between countries that really are open for business and those where business is more politics by other means.

“As global citizens, we should want all countries to succeed but, as supporters of democracy and the rule of law, it might sometimes be best to preference those that share our values.”

International Trade Secretary Liz Truss, asked about Abbott’s comments on China, said she did not think there was “full transparency” when it came to the dealings of President Xi Jinping’s administration.

Pressed during a question-and-answer session whether she agreed with Abbott’s statement that China was likely engaging in a new cold war, the Cabinet minister said: “I believe that there are currently practices going on, particularly in global trade, that need to be challenged.

“I think it is right we deal with it on a practical level, we look at what are the tools we have and we look to improve the way the World Trade Organisation is operating.

“The important point about trade with like-minded allies, joining organisations like the CPTPP (Comprehensive and Progressive Agreement for Trans-Pacific Partnership) is we are building up trade that is trusted with like-minded allies and supports the development of a free enterprise economy under democratic values.”