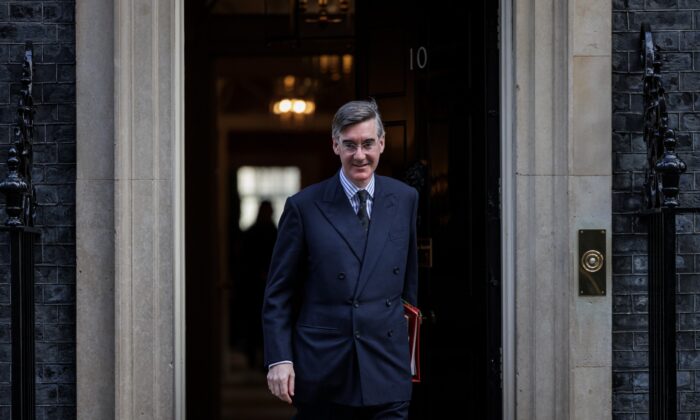 A UK Cabinet minister has called for the “rapid return” of civil servants to their offices, arguing it is time to end working from home as all legal COVID-19 restrictions have been lifted.

In a letter to fellow ministers, Government Efficiency Minister Jacob Rees-Mogg urged them to issue a “clear message” to their departments that officials should be back in the office.

He argued that ending working from home would bring the benefits of “face-to-face, collaborative working” as well as delivering wider benefits for the economy.

Rees-Mogg accompanied his letter with a league table showing how many staff in each government department were attending the office on an average day.

In the week beginning on April 4, the table shows, the daily average of staff in the workplace across all departments was 44 percent, and the figure in some departments was lower than a third.

The minister wrote: “Now that we are learning to live with COVID and have lifted all legal restrictions in England, we must continue to accelerate the return of civil servants to office buildings to realise the benefits of face-to-face, collaborative working and the wider benefits for the economy.”

He urged ministers to “issue a clear message to civil servants in your department to ensure a rapid return to the office.”

Prime Minister Boris Johnson voiced support for the move on April 19 through his spokesperson, who said the government will “continue to push for a return to pre-pandemic levels.”

“This is not simply just about value-for-money for taxpayer-funded buildings, but also it’s a benefit to the staff—particularly junior staff who benefit from face-to-face working—and obviously we know there are benefits that can help, therefore, delivery for the public as well,” he said.

Some senior Conservative MPs have previously called on the government to do more to encourage civil servants to go back to their workplaces following the lifting of all CCP (Chinese Communist Party) virus curbs in February.

Sir Graham Brady, chairman of the influential 1922 Committee of backbench Conservative MPs, wrote at the weekend: “It is simply unacceptable for so many of our public servants to continue sitting at home.”

He wrote in the Mail on Sunday: “Much as I admire the work of our public servants, it is hard to escape the suspicion that—unlike the private sector—their managers are not pushing them to return to work in the office.”

“People who want to come into the office are discouraged from doing so by colleagues who fear it will make it harder for them to stay at home,” he wrote.

Brady stressed that working from the office is “simply more efficient,” citing the fiasco in Afghanistan, which was taken over by the Taliban in August 2021.

“Look at the chaos of the Kabul evacuation last summer, when some Foreign Office crisis managers were at home—not in the office.”