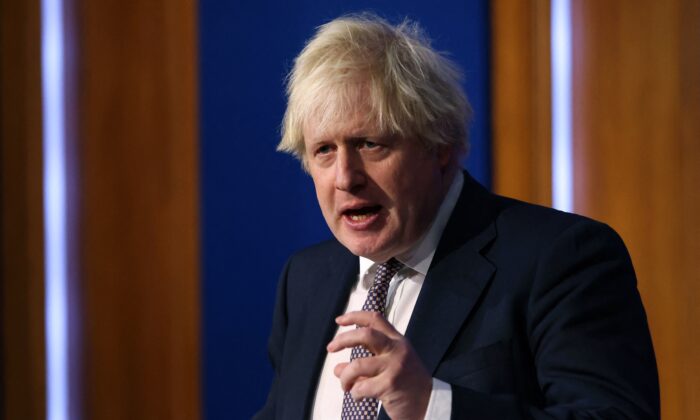 British Prime Minister Boris Johnson has agreed with other world leaders to present a “united front” against Russian threats towards Ukraine, and has vowed to use “all the economic and diplomatic tools” to prevent Russian aggression.

According to a Downing Street spokesman, the leaders “emphasised the need to provide a united front in the face of Russian threats and hostility.”

They “called on Russia to deescalate tensions and reaffirmed their staunch support for Ukraine’s territorial integrity,” the spokesman said.

“The prime minister said the UK would continue to use all the economic and diplomatic tools at its disposal to prevent any Russian aggression against Ukraine,” he said.

Biden and Putin are due to speak in a video call on Tuesday amid rising tensions over a Russian troop buildup on the Ukrainian border, which is seen as a sign of a potential invasion.

Western countries view Ukraine as a bulwark against Russia, which harbours ambitions for more territorial control. Russia seized Crimea in 2014, when former U.S. President Barack Obama was in office.

According to the Kremlin, Putin will try during the call to get Biden to promise that Ukraine will not be allowed to join NATO. But Biden said on Dec. 3 that he would not “accept anyone’s red line.”

NATO’s Secretary-General Jens Stoltenberg said on Nov. 30 that the Russian buildup was “unprovoked and unexplained” and called on Russia to be transparent.