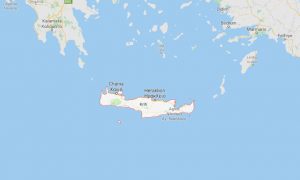 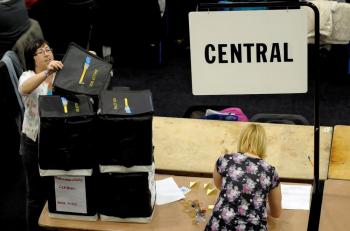 By Damian Robin
Print
LONDON—Those denied their democratic right to vote in the U.K. election may be able sue for compensation under European law.

Hundreds stood in lines for several hours outside polling stations on Thursday evening, only to be turned away without casting their ballot when the stations shut at 10 p.m.

In polling booths in eight cities the system apparently failed to cope with a high turnout, greater numbers of unregistered voters and a surge in the evening. Estimates put the total number denied their vote as high as 1,000.

Among the reasons given for the failures were low numbers of booths, laborious checking systems and running out ballot papers.

The Director of Liberty, the U.K.-based civil rights group, said, “Anyone who feels they were denied their fundamental right to vote should contact us urgently.

“Liberty will use all legal and campaigning means to ensure that this disgrace is never repeated,” Director Shami Chakrabarti said. “This is particularly pressing given the possibility of further elections in the medium term.”

Geoffrey Robertson Q.C., a U.K. human rights lawyer, told the Daily Telegraph that under European law people could get as much as 750 pounds (US$1100) each in compensation for being denied the right to vote.

Under U.K. electoral law polling stations must close at 10 p.m. after which new ballot papers cannot be issued. Those issued with a ballot papers before then must be allowed time to vote.

To gain compensation, individuals would have to prove substantial failure to oversee the election caused them to lose their vote.

Voters could also club together and sue individual council returning officers. This would not result in compensation for indvidual voters.

Under the 1983 Representation of the People Act, two high court judges would oversee any legal challenge to the system. They could fine the returning officer and order a new by-election in the affected constituency.

These challenges to parliamentary elections need a payment of 5,000 pounds (US$7400) before starting the action and are extremely rare.

"Clearly, Parliament will want to look at this and it may well be that the law will need to change," Jenny Watson, head of the Britain's Electoral Commission, told the BBC.

She said the commission would conduct a "thorough review" and said a change in the law may be needed to redraw the rules.

John Mothersole, a returning officer for Sheffield, told the Press Association that a number of voters, mainly students, were turned away because they did not have polling cards.

He said, "This made the administration process of ensuring the correct person was given a ballot paper much longer."

He apologized to voters and said “we got this wrong."