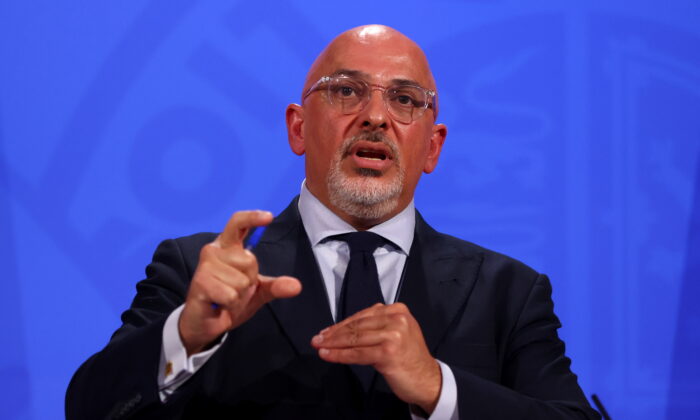 British lawmakers across the political spectrum voiced strong opposition on Wednesday to the government’s plan to introduce vaccine passports.

Prime Minister Boris Johnson’s government has confirmed it wants to introduce vaccine passports for nightclubs by the end of September, which will require members of the public to show proof they have had two doses of a COVID-19 vaccine in order to gain entry to clubs and other large-scale events.

Raising an “urgent question” in the House of Commons, Alistair Carmichael, an MP of the opposition Liberal Democrats, said the scheme “opens the door to a major change in the relationship between the citizen and the state.”

“The introduction of vaccine passports will have enormous practical implications for the literally thousands of businesses across the country who will be required to gather and to hold our data,” he said.

“Never before in peacetime has the government of this country controlled in this way where we can go, with whom and what to do,” he said, adding that the government must hold a vote on vaccine passports.

“It is not something … we do lightly, it is something to allow us to transition this virus from pandemic to endemic status,” he said.

But Conservative MP William Wragg called it “a load of rubbish” and accused Zahawi of trying to “defend the indefensible.”

Wragg encouraged people to have the jab, but dismissed vaccine passports as “overtly discriminatory” and “utterly damaging to the fabric of society.”

“I’m afraid the minister is picking an unnecessary fight with his own colleagues. I say to him, the government should think again,” he said.

Richard Fuller, another Conservative backbench MP, called the measures “unsupportable” and “bereft of any rationale.”

He urged the minister to “think very carefully about whether this government wishes to take powers which were deemed to be emergency powers, and make them normal powers of a government in a free society.”

“I for one thing that’s extremely unwise and there is no case for them,” he said.