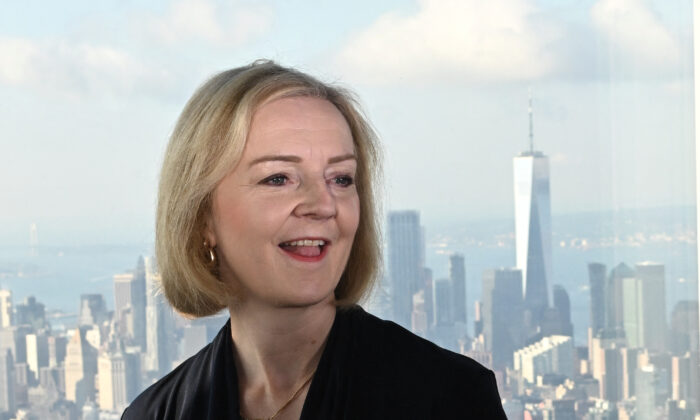 Negotiations for a post-Brexit free trade deal between the UK and the United States will not restart in the short to medium term, UK Prime Minister Liz Truss has conceded.

Truss, who is set to hold talks with U.S. President Joe Biden at a United Nations summit on Wednesday, downplayed the chance of talks resuming on a comprehensive transatlantic trade deal that had been billed by Brexit supporters as a major benefit of leaving the European Union during the 2016 referendum campaign.

Truss, a former Brexit opponent who has switched to becoming a supporter, told reporters flying with her to New York, “There aren’t currently any negotiations taking place with the U.S. and I don’t have an expectation that those are going to start in the short to medium term.”

Instead of the previously much-touted prospects of a UK–U.S. deal, she said the deals with India and other allies are her government’s “trade priorities.”

Her predecessor Boris Johnson and Indian Prime Minister Narendra Modi set a deadline for striking a bilateral trade deal by Diwali, the Hindu celebration being held on Oct. 23.

In addition, Truss reiterated the UK’s desire to join the Comprehensive and Progressive Agreement for Trans-Pacific Partnership (CPTPP), one of the world’s largest trading blocs which includes Australia, Canada, and Japan.

One of the obstacles facing future talks is the UK government’s threat to override parts of the Northern Ireland Protocol, which is part of the Brexit withdrawal agreement.

The EU said the move would break international law and has launched legal action against the UK.

So far the UK and the United States have been striking smaller state-by-state agreements, with Britain signing deals with Indiana and North Carolina.

But these are far less ambitious than the comprehensive free trade deal touted by Brexit supporters during the 2016 referendum.

The main opposition Labour Party blamed Truss for the slow progress of UK–U.S. trade talks, accusing her of tarnishing the UK’s international reputation with her stance on the Northern Ireland Protocol.

But Cabinet minister Michelle Donelan played down any suggestion that the UK’s handling of the protocol was playing a role in the delay in securing a deal.

She told Times Radio that the protocol has “nothing to do” with the lack of substantive trade talks, adding that the UK has a “strong relationship” with the United States.