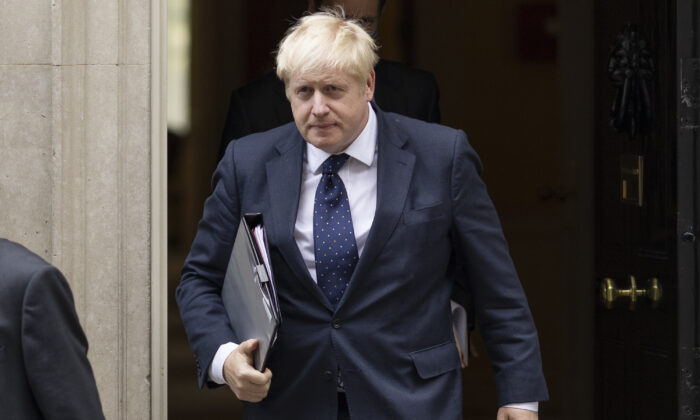 British Prime Minister Boris Johnson said on Sept. 6 he believes “passionately” in the “fundamental importance” of the UK’s alliance with the United States, despite recent events in Afghanistan.

Johnson made the comment in the House of Commons after Conservative former Cabinet minister Dr. Liam Fox urged him to “reject those voices calling for the UK to pull back from the U.S. and seek alternative alliances elsewhere.”

NATO’s disorderly withdrawal from Afghanistan and the Taliban takeover have damaged trust in the United States and led to calls in Europe for a reassessment of the trans-Atlantic alliance.

French Finance Minister Bruno Le Maire said on Sept. 4 that the upheaval in Afghanistan should be a “wake-up call” for the European Union.

He said Europe “cannot rely anymore on the protection of the United States” and the EU should be more ambitious on defense and global leadership.

Fox rejected such calls as “isolationism.”

“Surely, the right response is to stick closely to our U.S. friends, remind them that in the era of globalization, our economic and security interests will be threatened beyond our borders, that the U.S. is a force for good in the world and that greater isolationism can only put us all in greater danger,” he said.

Johnson replied, “I passionately agree with what he has just said about the fundamental importance of our alliance with the USA.”

Johnson has said the UK will do “everything possible” to help Afghans who have worked for the UK military and the UK government.

More than 8,000 Afghan former staffers and their family members were among the 15,000-plus people evacuated by the UK since Aug. 13.

But Johnson confirmed that 311 people entitled to resettlement under the Afghan Relocations and Assistance Policy are still in Afghanistan.

Johnson said his government will “use every economic, political, and diplomatic lever” to hold the Taliban to its promise to provide “safe passage” for anyone who wishes to leave the country and to prevent Afghanistan from once again becoming an incubator for terrorism.