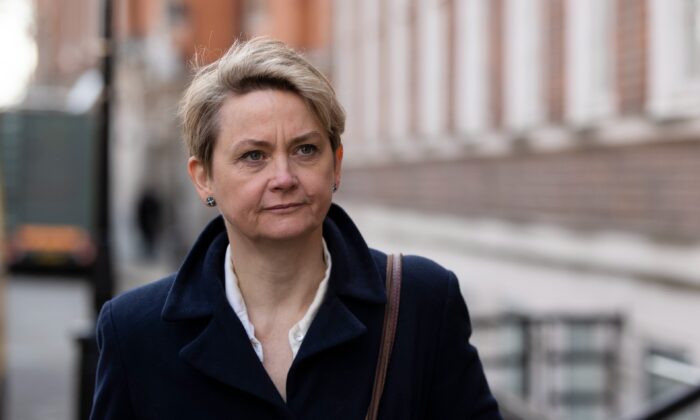 The UK government has been urged to take action against people granted so-called “golden visas” who have close links to the Kremlin and pose a security risk to the UK, following Russian President Vladimir Putin’s order to send troops into eastern Ukraine.

The main opposition Labour Party has written to Home Secretary Priti Patel demanding answers to a series of questions about the Tier 1 Investor visa route for wealthy foreign investors, which the Home Office decided to scrap last week amid “security concerns.”

The visa, launched in 2008, has often been called a “golden visa,” as it offered residency to those investing £2 million ($2.7 million) or more in the UK, and allowed their families to join them.

Announcing the decision to scrap the visa scheme, Patel said she wanted to stop “corrupt elites who threaten our national security and push dirty money around our cities.”

In a letter to Patel, Labour’s shadow home secretary Yvette Cooper expressed her “deep concern at the lack of answers on how those visas have been misused, and the continued delays on acting to tackle abuse.”

She said it is “immensely important that any individuals linked to criminality or who pose security threats already within the country under the scheme are quickly dealt with.”

Cooper specifically mentioned the “serious situation” in Ukraine, and asked how many people who have arrived in the UK under the visa scheme have close links to the Russian government.

Putin announced on Feb. 21 that Russia will regard two areas in Ukraine’s Donbas region as independent, and signed a decree authorising Russian troops to be sent into the area for so-called “peacekeeping operations.”

There have been a total of 13,213 golden visas issued since the third quarter of 2008, with 564 issued between January and September 2021, according to analysis of Home Office data by the PA news agency.

Cooper said it is “incomprehensible” that it has taken the Home Office so long to take any action on golden visas, especially since the 2018 Novichok attack on former double agent Sergei Skripal in Salisbury, which UK police said was carried out by Russian military intelligence service GRU.

She said the government’s action has been “clearly too little, too late,” despite the “clear security risk acknowledged by the government” itself.