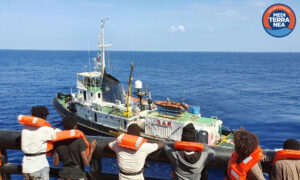 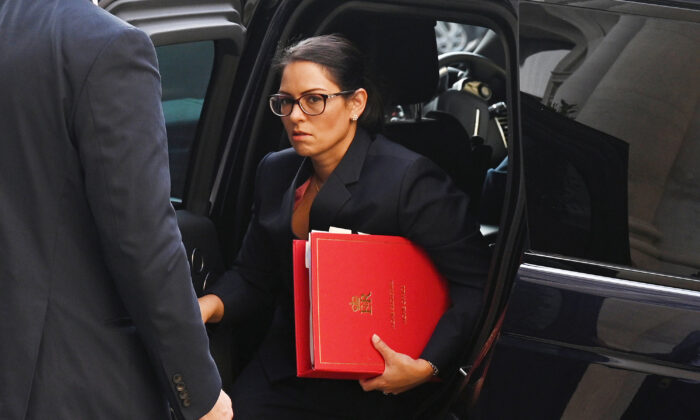 After Brexit, when free movement within the European Union ends, Britain will ban more criminals from entering the country, the UK government has said.

This means that criminals from the EU wanting to enter Britain after Jan. 1 will be treated the same way as criminals from other foreign countries, the Home Office announced on Oct. 22.

Until Dec. 31, when the Brexit transition period ends, EU law dictates that Britain must let in convicted criminals who “would otherwise have been stopped and turned away,” the government said.

But in new rules to be put before Parliament on Oct. 22, criminals from the EU who’ve been sentenced to over a year in prison will be refused entry after transition ends.

Those with lesser jail sentences could also be barred from crossing Britain’s borders once complete criminal history and issues such as family ties are assessed.

These will be assessed on a “case-by-case basis,” the government said.

Even those who haven’t been sentenced to jail time could be banned if their criminality is “persistent” or their offenses are serious, for example sexual offenses.

They could also be denied entry if they’ve been found guilty of any offense in the previous year and are trying to enter Britain for the first time.

Under EU rules, even if, for example, an EU criminal has been convicted of serious crimes such as murder or rape, Britain still has to let them enter, the government said, unless it can prove that someone is a “genuine, present and sufficiently serious threat.”

The new rules are part of measures designed to toughen Britain’s borders, the Home Office said. Home Secretary Priti Patel said freedom from EU regulations would make for “firmer and fairer” controls. It would mean an end to Britain being forced “to allow dangerous foreign criminals, who abuse our values and threaten our way of life, onto our streets,” she said.

Some people from EU countries, such as those with EU Settlement Scheme status who live in Britain, are protected under the Withdrawal Agreement and won’t be affected by the post-Brexit changes on criminality unless they offend after Jan. 1, 2021.

In that case, whether their offense was committed in Britain or overseas, their right to stay in Britain could be revoked.

Controlling immigration was one of the key factors for Britons voting in 2016 in favor of leaving the EU.

However, police and security officials have warned that Britain would be less safe if no agreement on future ties with the EU can be agreed on before Dec. 31.

The announcement comes after London’s Court of Appeal ruled on Oct. 21 that it was unlawful for the government to forcibly deport migrants with as little as 72 hours’ notice.

It also comes on the same day that a new Extradition Bill is expected to gain the royal assent it needs to become law.

The bill allows the police, for the purposes of extradition, to quickly arrest suspects without first applying for a UK arrest warrant and bring them before a court if an international alert, for example an Interpol alert, has been raised.