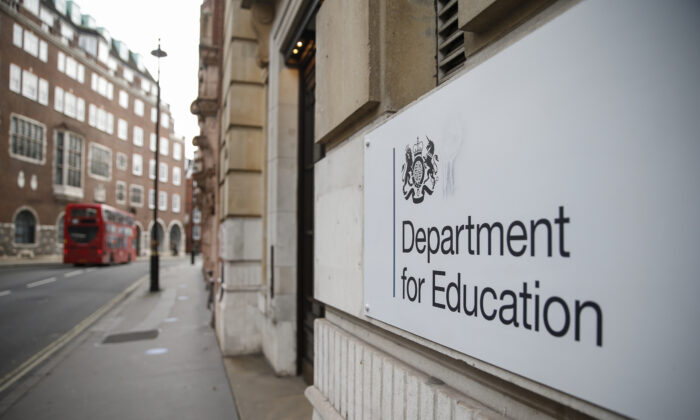 A British university is under investigation after a professor was harassed on campus by transgender activists and eventually forced to resign.

The Office for Students, the UK’s independent higher education watchdog, has launched an investigation into the University of Sussex after the resignation of philosophy professor Kathleen Stock.

Stock had been at odds with some transgender activists since 2018 when she said trans women shouldn’t be in spaces such as female-only dressing rooms “in a completely unrestricted way” because many of them “are still males with male genitalia” and “are sexually attracted to females.”

She announced on Oct. 28 her decision to leave the university after having a “horrible time” fending off accusations from transgender activists.

Education minister Baroness Barran told the House of Lords on Tuesday, “The Office for Students informed the Department for Education on Nov. 11 that it has decided to open an investigation into whether the University of Sussex has met its obligations on academic freedom and freedom of speech.”

“No academic should have to fear for their personal safety, particularly as a consequence of expressing lawful views,” she said. “This incident demonstrates why this government is pressing ahead with legislation to promote and defend freedom of speech on campuses.”

Raising Stock’s case in the upper chamber, Labour peer Lord Hunt of Kings Heath said: “She has been vilified by colleagues, abused by students, unsupported by a union, and really let down by a university, which was far too late to defend her. Other academics in many other universities are facing similar abuse, particularly women, for basically gender critical views.”

He added: “However much legislation you have, you need to have confidence in our universities to show some strength in defending their academics. What is the government going to do about that?”

Barran said Hunt was “absolutely right to condemn the abuse that many academics, particularly women, have suffered recently.”

Restrictions on lawful speech and academic freedom “goes against the fundamental principles of English higher education,” she said.

She said the new Higher Education (Freedom of Speech) Bill will strengthen protection for the freedom of speech and will “address the gaps that exist within the current law, including the lack of a clear enforcement mechanism.”

“That will bring with it clear consequences for providers and student unions who breach these new duties,” she said.

Stock said on Nov. 8 that she had accepted an invitation to join the newly founded University of Austin (UATX), a new institution in Texas set up by a group of intellectuals who have faced hostility for expressing their ideas.