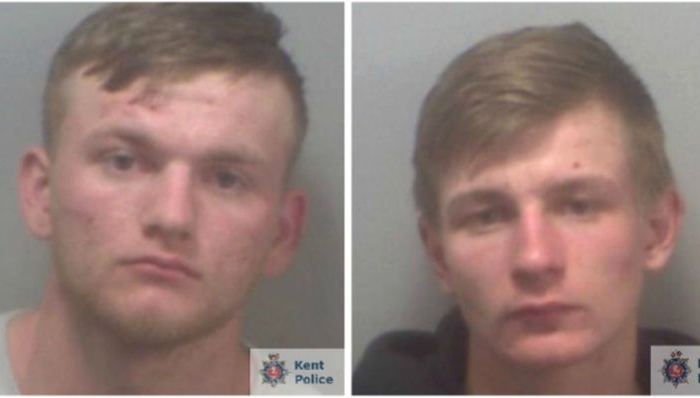 UK: Two Men Convicted in the Killing of Homeless Man

Two men have been convicted in the slaying of a homeless man in the United Kingdom, it was reported.

Razvan Sirbu, 21, the homeless man, was found dead at the Loose Valley Conservation Area in Tovil, near Maidstone, Kent, in May of 2016, the BBC reported.

Charlie White, 19, and Alex Macdonald, 19, denied killing Sirbu, but they were convicted of the charges at the Maidstone Crown Court, the broadcaster reported.

A third defendant, Jimmy Buckley, 20, also “did the act of murder,” but he was found unfit to plead.

Judge Jeremy Carey said, “This was a brutal and sustained attack on a defenceless young man who meant no harm and posed no threat. It was a shameful and senseless murder of mindless brutality.”

The Mirror reported that Macdonald allegedly told White “I thought it was funny” when he was asked why he killed the man.

Sirbu died of skull fractures, facial bone fractures, and significant injuries, according to reports. The tent he was living in was slashed in a few places, police said.

Sentencing for the two teens will take place on Jan. 16.

CCTV footage of men burning clothing believed to have been worn during the murder of Razvan Sirbu has been released by Kent Police. pic.twitter.com/2bBCnCq9YS

Kent Police released CCTV footage showing Macdonald, White, and Buckley burning their clothes. They also could be seen reenacting moments from the murder.

A Kent Police spokesman told the Mirror: “Detectives also uncovered details of a conversation between White and Macdonald whereby White had asked him why he kept beating Mr Sirbu in the face.”

“Macdonald was said to have replied ‘cos I thought it was funny.'”

The spokesman noted: “During police interview White issued a prepared statement. He claimed on the day of the murder he planned stealing a lawnmower from a garden in Bockingford Road.

“He said he was carrying a meat cleaver for protection against the person he was hoping to sell it to. White claimed as he was making his way to the property he heard shouting and that a man speaking a foreign language then tried to attack him.

“He admitted repeatedly striking Mr Sirbu with his machete, but denied aiming any blows to his head. White said he acted in self-defence and had played no part in encouraging others to also attack Mr Sirbu.”

“He came to the UK in the hope he would find himself a job and build a better future for himself,” she said, according to the BBC. “We thought it would be a new beginning full of hope but it’s proven to be the end of my beloved son. He was the apple of my eye and I would have given my life for him.”

She said, “The death of my child broke my heart. I’m crushed to the ground, I feel destroyed.”

His grandmother, told the BBC that she has been grieving since his death.

“He went to work in the UK to achieve something, but I never thought for a second he’d never come home, that I would never see him again,” she said, adding: “My heart is shattered, everything is gone,” she said.