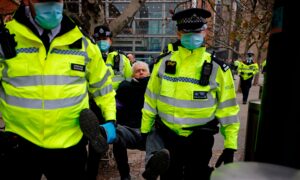 A cat in England has been “promoted” as a railway station’s senior pest controller.

For the past five years, Felix has been prowling the Huddersfield station in West Yorkshire, looking for mice.

In the meantime, she has made friends with staff members and commuters alike, getting paid via cat treats. The cat also hunts down pigeons, ITV reported.

The feline was brought to the station at nine weeks old but rose to fame via Twitter and Facebook.

The cat has its own Facebook page, with thousands of likes.

Posted by Felix the Huddersfield Station Cat on Sunday, January 24, 2016

Felix, who has her own cat flap to bypass the ticket barriers, was officially named Senior Pest Controller and was given a jacket and a name badge by TransPennine Express, MailOnline reported.

Chris Bamford, who is Customer Services Assistant at the station, told the paper: “The promotion is just a nice appreciation of Felix’s work.”

“It is a reward for nearly five years of service. Her presence just brings a smile.”

“She can often be found on the concourse just sitting on a podium next to me during the busy periods. The morning commuters just glance at Felix and it brings a smile out of them.”

“Felix is part of the family here, although she does like to think that she runs the place.”