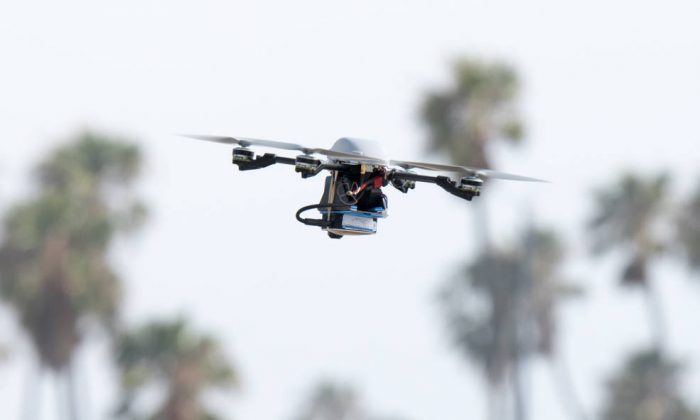 The British government is expected to collaborate with NASA to build an air traffic control system that can guide, track, and trace drones, the growing popularity of which is starting to demand a more disciplined regulation of existing airspace.

“The Government are in early discussions with NASA about the drone traffic management system, and it is hoped that those discussions will lead to a U.K. involvement in the development of that system and the participation of U.K. industry in future trials to test the robustness of the technology,”  Under Secretary of the State of Transport Ahmad Tariq, told the House of Lords earlier this month.

Britain already has an extensive set of regulations that require drones to stay at a certain distance from people, crowds, and buildings in public places, but the rules have been difficult to enforce. An air traffic system recommended by one parliamentarian would track all drones that fly under 500 feet, making it easier for law enforcement to nab reckless drone pilots.

“There will have to be some way in which to identify a drone’s owner or a responsible person. We recommend a European register,” suggested Lord Nat Wei in the same session on the civilian use of drones.

A mature drone traffic management system would offer similar features as existing air traffic control, helping drones reroute their itinerary to avoid congestion or extreme weather conditions. The relative ease with which drones can be controlled remotely means that cordoning off where they can’t fly according to the circumstances, known as dynamic geo-fencing, could be applied on a more universal scale than airplanes.

Aside from safety concerns, an air traffic system would also be vital to the development of commercial drone service

Building a traffic management system for drones would be a continuation of NASA’s previous work with air traffic control. Earlier this year, the agency built software that would enable controllers to more carefully manage the doughnut shaped space area around airports with a radius of 35 miles, allowing for pilots to glide along paths optimized for fuel-efficiency.

Aside from safety concerns, an air traffic system would also be vital to the development of commercial drone services, most notably the potential for a large autonomous delivery system, for which Amazon has already filed a patent. For drones to safely fly past each other in high density, the vehicles will need to be able to communicate with each other to avoid aerial collisions.

FAA App Tells You Where You Can, and Can’t, Fly Your Drone

Amazon and a number of other U.S. companies have partnered with NASA to develop a traffic management system, with the first stage of the project aimed at crafting “the rules of the road” and the ability to schedule individual trajectories.

In a paper dating from July, Amazon proposes carving up the sub-500 feet airspace into three separate zones by altitude: localized traffic below 200 feet, high speed transit between 200 and 400 feet, and a no-fly zone between 400 and 500 feet, foreshadowing a potential partitioning of the skies where businesses will have airspace reserved for commercial activities.

“In the United States, for example, there are approximately 85,000 commercial, cargo, military, and general aviation flights every day. This number is likely to be dwarfed by low-altitudes [Unmanned aircraft systems] operations in the next 10 years,” the paper states. “A paradigm shift in airspace management and operations is necessary to safely accommodate the one-operator-to-many-vehicle model required by large-scale commercial fleets.”