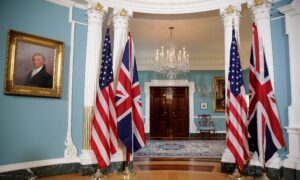 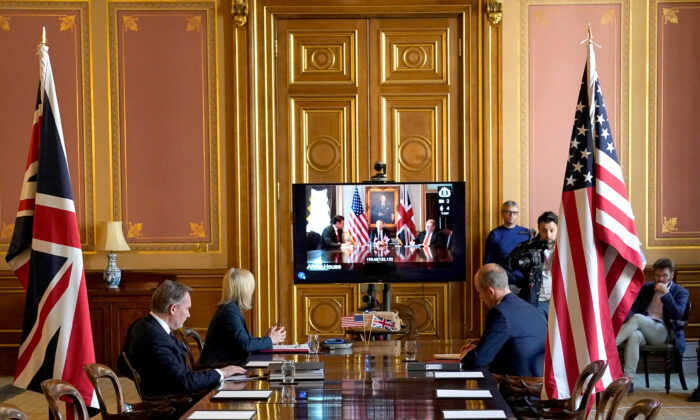 UK to Suspend Some Tariffs on US to Ease Trade Tensions

Stating its stance as a post-Brexit independent trading nation, the UK government announced a new two-pronged approach toward setting tariffs on the steel, aluminium, and the aerospace industry.

The UK intends to halt tariffs imposed by the EU on $4 billion of U.S. goods from Jan. 1. These tariffs were linked to the long-term dispute over illegal subsidies to the world’s two largest aircraft manufacturers, Boeing Co. and Airbus SE.

The initiative aims to strengthen the UK’s trading relationship with the United States.

“The UK is serious about ending a dispute that benefits neither country,” International Trade Secretary Liz Truss said in the statement.

The trade dispute started in 2004 when the United States and the EU claimed each other’s aeroplane manufacturers were unfairly subsidised. In October 2020, the World Trade Organization (WTO) allowed the EU to raise tariffs on up to $4 billion worth of imports from the United States, targeting various Boeing models and products including, cheese, nuts, tobacco, spirits, tractors, and video games.

The retaliatory tariffs were tit-for-tat against the United States, which had imposed duties on $7.5 billion of imported goods from Europe, following a WTO victory in 2019 over subsidies to Airbus by the EU, Germany, Spain, and the UK’s BAE systems.

British exports ranging from Scotch whisky, spirits, cashmere, tailoring, and other luxury products have suffered from the tariffs.

The UK government’s announcement on Tuesday was welcomed by the Scotch Whisky Associaton (SWA), which said exports of Scotch Whisky to the United States had fallen by 30 percent this year. The association called on the U.S. government to reciprocate the UK’s move by suspending tariffs on whisky and other UK goods.

Karen Betts, CEO of the SWA, called it “an encouraging step” and hoped it marked “the beginning of the end of trade tensions with the U.S.”

Nevertheless, the UK will roll over tariffs imposed by the EU on foreign steel and aluminium.

“We are protecting our steel industry against illegal and unfair tariffs—and will continue to do so—but are also showing the U.S. we are serious about ending a dispute that benefits neither country,” Truss said.

In 2018, the U.S. government announced it would place tariffs on EU imports of steel and aluminium. In response, the EU imposed counter-balancing measures on U.S. products, including popular motorcycles.

The United States is the UK’s largest bilateral trading partner and largest export market outside of the EU, according to the UK-U.S. trade negotiations committee. Trade negotiations between the two countries were officially launched on May 5, 2020.

“The UK-U.S. trade deal is the first major, wholly new agreement pursued by a post-Brexit UK,” according to the committee.

The Department for International Trade will launch a consultation to “ensure the tariffs are shaped to UK interests and tailored to the UK economy,” Tuesday’s announcement states.

“The government reserves the right to impose tariffs at any point if satisfactory progress towards an agreeable settlement is not made.”