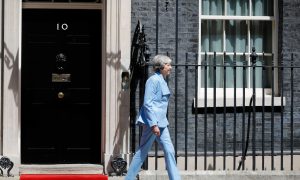 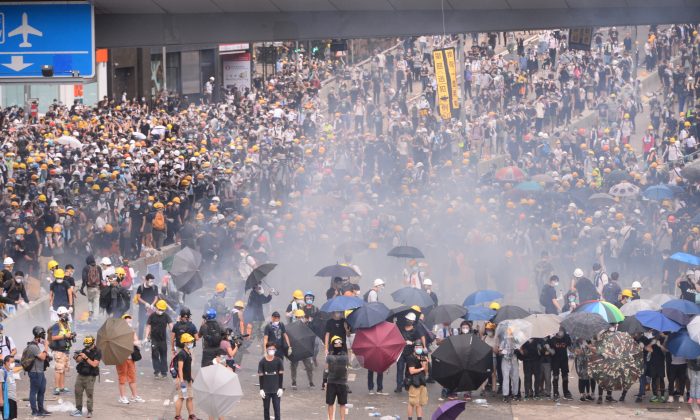 Jeremy Hunt also urged the Hong Kong government to establish a “robust, independent investigation into the violent scenes that we saw.” Many in the city have criticized the police for unleashing tear gas and rubber bullets against protesters in violent clashes that left dozens injured on both sides.

Hunt told lawmakers on June 25 that no more licenses would be issued “unless we are satisfied that concerns raised on human rights and fundamental freedoms have been thoroughly addressed.”

The Foreign Office did not immediately comment on what licenses are currently in place.

Amnesty International released a report on June 21 which confirmed videographic evidence that police in Hong Kong had employed “unnecessary and excessive use of force” to disperse protesters on June 12 who opposed a controversial extradition bill.

“Rubber bullets, pepper spray or batons should never be used for dispersal or directed at peaceful demonstrators or bystanders, but only used against persons engaged in violence,” Amnesty International stated in its report, which outlined 14 examples of verified footage from June 12 that show “police violence.”

Civil groups in Hong Kong have called for the establishment of an independent investigative committee to scrutinize the police use of force on June 12 and hold accountable those police officers who have committed violence against peaceful demonstrators.

Hong Kong has been rocked by massive protests against a controversial extradition law in recent weeks that would allow criminal suspects to be extradited to and trialed in mainland China, where critics say, an opaque judicial system could punish individuals on trumped-up charges.