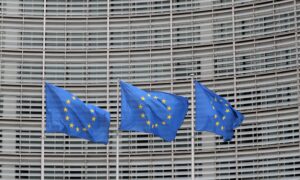 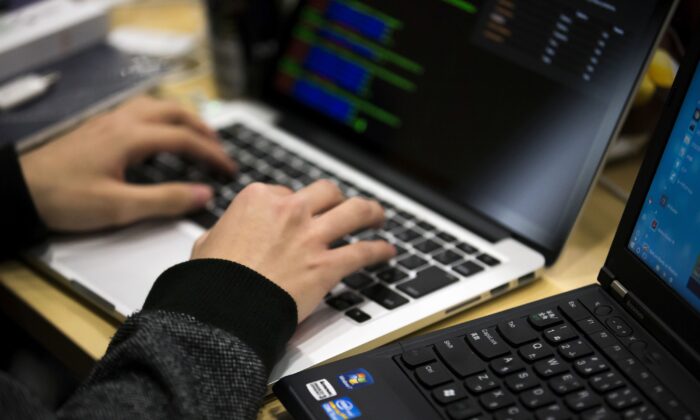 In this file photo, a participant uses a laptop computer as he takes part in a cyber securities competition in Tokyo, on Jan. 28, 2017. (Tomohiro Ohsumi/Getty Images)
UK

Health-case businesses will be able to get government-funded training in order to boost their cyber-security and protect sensitive data, the UK government announced on Thursday.

Matt Warman, the minister of digital, culture, media and sport, announced the 500,000-pound ($650,000) initiative as part of this year’s annual London Tech Week.

The funding is to “help those playing a vital role in the pandemic response to remain resilient,” Warman said in a statement.

On May 5, the National Cyber Security Centre (NCSC) and its U.S. counterpart, the Cybersecurity and Infrastructure Security Agency (CISA), issued a joint warning about hacker “campaigns against healthcare policy makers and researchers.”

According to the UK government’s Cyber Security Breaches Survey 2020 (pdf), 46 percent of all businesses suffered a cyber breach or attack in the last 12 months, with 32 percent of them experiencing attacks at least once a week.

The new initiative will provide small and medium-sized businesses, such as medical suppliers and primary care providers, with cyber-security training, including how to keeping devices up to date and use firewalls properly. They can also receive help to identify vulnerabilities in their IT systems.

The training aims to help the businesses qualify for accreditation from the government’s Cyber Essentials certification program.

Paul Chichester, director of operations at NCSC, said protecting health-care had been the agency’s “top priority” during the CCP virus pandemic. The initiative is one of the “excellent” ways for organizations to “ensure they have fundamental security protections in place, even in the most challenging of times,” he said.

On July 22, UK’s Foreign Minister Dominic Raab reiterated his concern over cyber-security, one day after the U.S. Department of Justice announced that two Chinese hackers had been indicted for targeting businesses and government agencies in several countries, including the UK, Belgium, Germany, the United States, Australia, and Japan, for stealing millions of dollars worth of trade secrets and other sensitive information, and attempting to steal research on COVID-19.

The European Union on July 30 sanctioned cyber-attackers for the first time.

Alexander Zhang contributed to this report