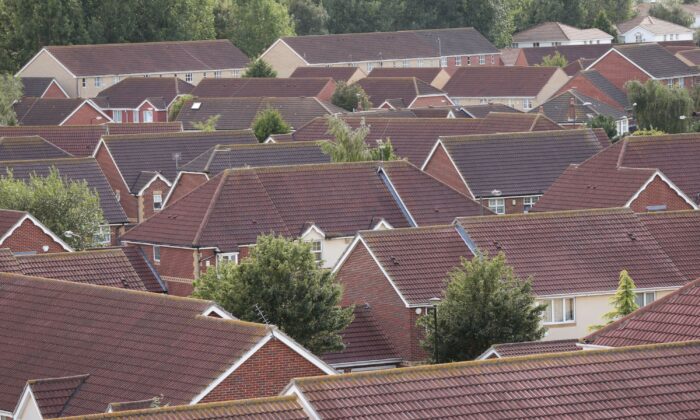 The UK government’s domestic energy performance assessment tool will be updated in a bid to decarbonise UK homes, it was announced on Tuesday.

Building consultancy Building Research Establishment (BRE) said it has been tasked with developing the new Standard Assessment Procedure (SAP), dubbed “SAP 11,” which the BRE said will be more suited to technologies designed to decarbonise homes, such as “heat pumps, renewables, storage technologies, and smart control devices.”

The new method, which will be developed in the next three years, will be used to create the information on Energy Performance Certificates (EPCs) and to show compliance with the energy conservation requirements of building regulations in the UK, BRE said.

An EPC, which contains information about a property’s energy use and typical energy costs, is required in the UK when a property is being built, sold, or rented. The EPC rating ranges from A to G, with A being the most energy-efficient, and D being the current average EPC rating in England and Wales.

SAP 11 is also expected to be ready for use as part of the Future Homes Standard—new regulations to be introduced to ensure home homes built from 2025 are fitted with low-carbon heating.

BRE Project Director John Henderson said: “As the UK begins to escalate its net-zero initiatives, SAP 11 will be instrumental in the effort to decarbonise the nation’s existing housing stock and ensure the use of low-carbon heating in new homes. As the new methodology will improve EPC accuracy, energy efficiency measurements will be more reliable than ever. Effective assessment of energy performance is going to be absolutely central to our progress towards net zero.”

According to the price comparison website MoneySuperMarket, average property prices in England suggested there was a correlation between a stronger energy efficiency rating and a higher house price, meaning homeowners without low-carbon heating could see their properties devalued compared to those who have them.

Figures suggested that property prices went up when the EPC rating is improved from a D to A/B, across each region of England apart from London and South East England, the website illustrated.

New legislation in the pipeline could also mean it will be harder to buy, sell, or rent properties with a lower EPC rating.

The Minimum Energy Performance of Buildings (No. 2) Bill, introduced by Conservative MP Sir Roger Gale, is designed to require all new tenancies to have a minimum EPC rating of C from Dec. 31, 2025, and all existing tenancies to catch up in the three years after that. It also requires mortgage lenders to “ensure that the average energy performance level of their domestic portfolios is at least EPC Band C” by the end of 2030.

The bill was introduced in July last year and is due to have its second reading on Friday.

Britain in 2019 became the first G-7 country to set in law a net-zero emission target by 2050, which will require wholesale changes in the way Britons travel, use energy, and eat.