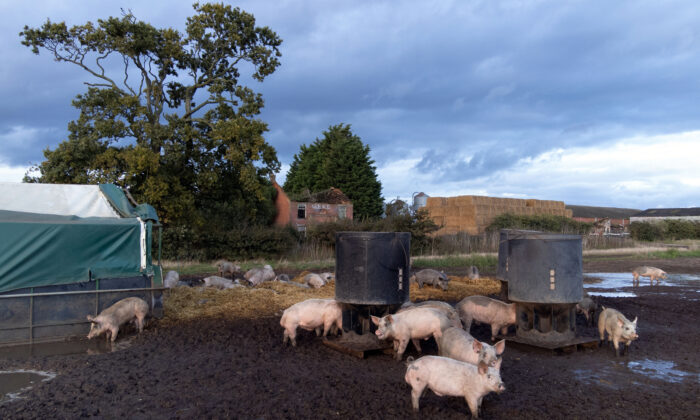 Up to 800 foreign pork butchers can apply for a six-month working visa by the end of this year, the UK government said on Thursday, after some pig farmers started to cull their pigs.

Pig producers have been calling on the government to let in foreign butchers as the shortage of abattoir and meat processor workers left pigs to back up in barns and fields across the country.

As the pigs gain weight from the extra time spent on the farm, eating food that has also jumped in price, they risk passing the size threshold at which abattoirs impose financial penalties because they have become harder to handle.

On Thursday, the government said that by Dec. 31, up to 800 pork butchers will be eligible to apply for six-month visas under the existing allocation in the Seasonal Workers Pilot Scheme.

It also highlighted that foreign butchers have already been eligible to apply for Skilled Worker visas as part of the point-based immigration system.

A new taxpayer-funded private storage aid scheme will be available in England so meat processors can safely store slaughtered pigs for 3–6 months.

Pig producers in England and Scotland will also get a holiday from paying the pork levy, which the government said is just under £1 million ($1.38 million).

Pig farmers across Britain have said that a combination of Brexit and the CCP (Chinese Communist Party) virus pandemic had contributed to an exodus of east European workers.

British port export has also been hit earlier this year since the Chinese authorities banned pork from some UK producers.

The UK government said it’s working with the Agriculture and Horticulture Development Board to support the establishments affected by the China ban and to identify new export markets as well as exploring ways to consume a bigger variety of cuts in the domestic market.

Pig vet Duncan Berkshire told BBC Radio 4’s “Today” programme there was a “general positive feeling” in the industry and there was a “light at the end of the tunnel.”

Berkshire said the storage aid scheme and the foreign workers were needed “as soon as possible.”

Asked whether the payment was the main reason for the lack of worker numbers, Berkshire said the payment is “relatively good.”

“But there is an inherent lack of interest, I would say, to work in our sector from UK workers as well,” he said.

“So we have to have an ability to mix and match a little bit in order to make sure we’ve got the correct numbers.”

The government said the temporary visa scheme is not a long-term solution, and urged businesses to make long-term investments in the UK domestic workforce.

The pork sector is expected to “encourage better training offers, career options, and wage increases to ensure that the sector draws on the large domestic labour pool in the UK, as well as investing in technology across the industry,” the government said.