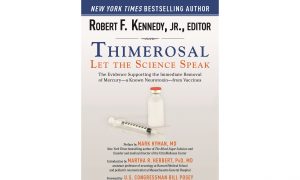 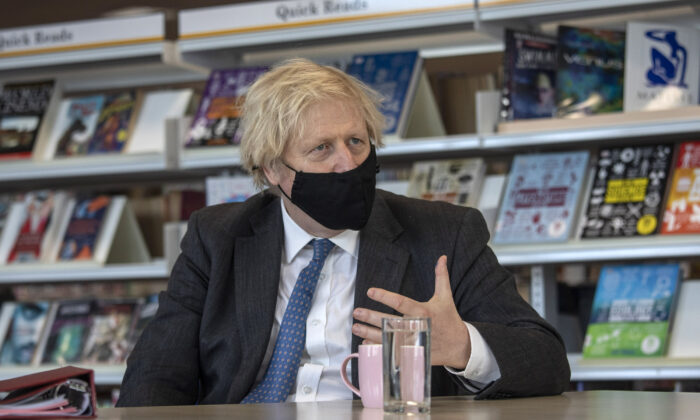 British Prime Minister Boris Johnson has revived the idea of issuing “vaccine passports” for domestic use, promising a review into the possibility despite having ruled it out just a week ago.

On a visit to a south London school on Tuesday, Johnson said while there’s “no question” many countries will require proof of vaccination against the CCP (Chinese Communist Party) virus for international travel, using them domestically is “a novelty for our country.”

“We haven’t had stuff like this before. We’ve never thought in terms of having something that you have to show to go to a pub or theatre,” he said.

But he suggested he could see the case for domestic vaccine passports. “I know fervent libertarians will object, but other people will think that there is a case for it,” he said.

He said there are “deep and complex issues” that need to be worked out—“ethical issues about what the role is for government in mandating people to have such a thing, or indeed banning people from doing such a thing.”

“We can’t be discriminatory against people who, for whatever reason, can’t have the vaccine,” he said.

Johnson said he wants a “proper review” into this issue led by senior cabinet minister Michael Gove, who is tasked to get “the best scientific, moral, philosophical, ethical viewpoints on it.”

His latest remarks show a noticeable shift in the government’s stance on the issue from just a week ago, when he ruled it out.

“What I don’t think we will have in this country is—as it were—vaccination passports to allow you to go to, say, the pub or something like that,” Johnson told the media on Feb. 15.

Talking to the media on Tuesday, Johnson also expressed optimism that all COVID-19 restrictions can be lifted on June 21.

In the government’s lockdown exit “roadmap” he set out on Monday, June 21 is set as the earliest possible date for the removal of all restrictions on social contact.

“Because of the immense possibilities now of the vaccination rollout, because science has given us this way of creating a whole shield around our population, we can really look at that June 21 date with some optimism,” he said.

But he also said “nothing can be guaranteed,” as “it all depends on the way we continue to be prudent and continue to follow the guidance in each stage.”