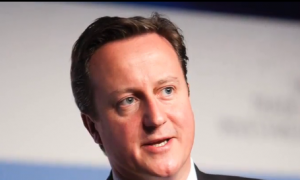 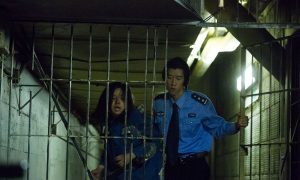 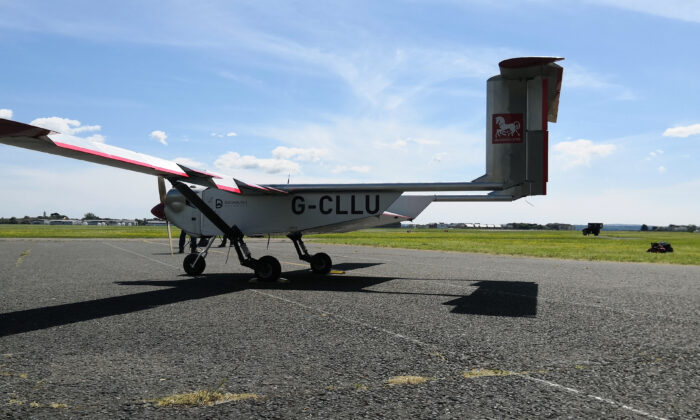 The “Wingracers ULTRA” drone parked by the runway at Solent Airport, in Lee-on-the-Solent, England on May 12, 2020. (James Brooks)
Europe

UK Tests Use of Drone to Deliver Supplies to Hospitals

STUBBINGTON, England—Britain is testing the use of a car-sized drone to deliver medical supplies more quickly to hospitals and help ease pressure on the country’s health system during the CCP virus crisis.

The first such delivery was completed on May 9, when a large, fixed-wing drone soared into the skies from an airport on England’s south coast. It landed 10 minutes later at an airfield on the Isle of Wight 12 kilometers (7.5 miles) away, where its cargo of pathology samples was then driven to the local hospital.

The trial program was accelerated due to the coronavirus pandemic, which saw much travel and transportation effectively shut down around the world as authorities have tried to distance people to limit contagions.

The authorities running the drone program say that aerial deliveries can reduce the costs and transportation time of vital medical supplies, particularly during a health crisis like the COVID-19 pandemic. They are expected to be used in only a select few cases where hospitals are particularly hard to reach.

“There are many areas in the U.K. that have very poor logistics connections, and this aircraft is a solution to that,” said James Scanlan, professor of aerospace design at the University of Southampton, which is collaborating in the project.

“It carries a very significant load, and we’re actually an island nation—we have lots of small communities where something like this could connect people cheaply and efficiently.”

In the case of the Isle of Wight, for example, medical supplies, including vital items such as blood and medicines, are currently delivered by passenger or cargo ferry, which takes about an hour, or by traditional piloted aircraft, which is expensive. Ferry crossings were recently reduced to prevent the spread of coronavirus.

“It’s a step forward in the fact it’s giving a much faster-paced delivery,” said Conrad Haigh from Solent Transport, which is running the project. “There are some (national health) services that require a very timely delivery, and some of those aspects are going to be facilitated in a much better way.”

As the drone took off, teams on both sides of the UK’s Solent strait monitored its progress. Most of the flight, including take-off, was automated. The team stepped in to perform a successful landing, though the plan is to automate that, too.

Unmanned aerial drones have been used in countries such as Rwanda to deliver medical supplies to isolated communities. A project in Switzerland uses rotor drones to ferry lab samples across the city of Zurich.

The UK is taking a cautious approach. The four-year south coast project aims to develop the country’s first air traffic management system to manage both manned and unmanned aircraft in shared airspace.

In April, the UK’s transport chief announced plans to fast-track trials due to the pandemic.

“The project is about thinking more broadly about what is the best and most efficient transport network we can have in the Solent region. And, of course, in the future, that will include drones,” Scanlan said.

The aircraft used in the trial looks nothing like the rotor drones typically flown by hobbyists. The large “Windracers ULTRA” has a twin gas engine and can carry payloads up to 100 kilograms for 1,000 kilometers—though it will be a couple of years before it comes into regular service.

By James Brooks. The Epoch Times contributed to this report.