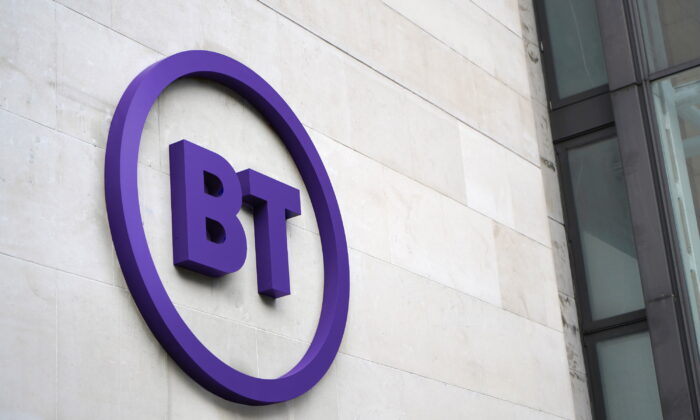 The logo of BT in an undated file photo. (BT/PA)
UK

Britain’s telecommunications network will face disruptions as workers at telecom giant BT Group (BT) have voted overwhelmingly in favour of strike action in a dispute over pay.

The company is facing the first national strike since it was privatised in the 1980s, after members of the Communication Workers Union (CWU) at BT and its wholly-owned subsidiary Openreach backed industrial action.

CWU general secretary Dave Ward said BT workers “kept this country connected during the pandemic,” without which “there would have been no home-working revolution.”

He said the company is imposing below-inflation pay increases on the workers despite their contribution.

“This situation is unjust, but it’s also untenable—people will not work harder and harder for less and less forever,” he added.

Ward said he expected BT to offer a “significantly improved” pay rise by next week or strike dates will be set.

A BT Group spokesperson said: “BT Group awarded its highest pay rise for frontline colleagues in more than 20 years—an average 5 percent increase and up to 8 percent for those on the lowest salaries.

“At the same time, we’re in the middle of a once-in-a-generation investment programme to upgrade the country’s broadband and mobile networks.”

The company said it must “balance the competing demands of BT Group’s stakeholders” in a “challenging economic environment.”

It said the results of the CWU’s ballot is a “disappointment” but the company “will work to keep our customers and the country connected.”

British Airways workers based at Heathrow have voted to strike in a dispute over pay, threatening to disrupt holidaymakers’ travel plans for the summer.

Barristers have also gone on strike in protest against “unacceptable pay and working conditions.”

On June 23, the government announced a new piece of legislation enabling businesses to supply agency workers to plug staffing gaps during industrial action.

Business Secretary Kwasi Kwarteng said it is “not sustainable” for trade unions to be able to hold the country “to ransom by grinding crucial public services and businesses to a halt.”

He said the new bill will “give businesses freedom to access fully skilled staff at speed, all while allowing people to get on with their lives uninterrupted to help keep the economy ticking.”