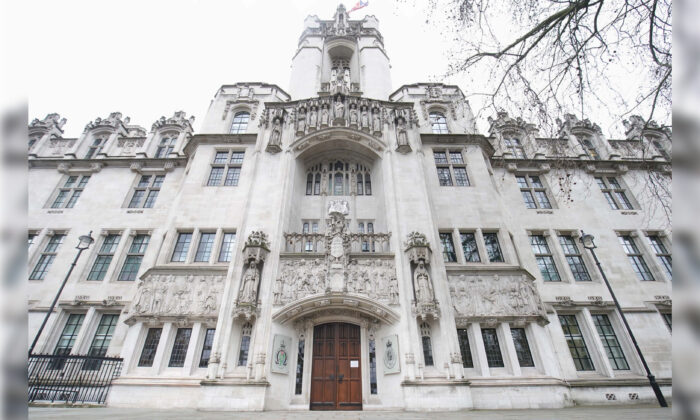 A campaigner has lost a Supreme Court challenge against the UK government over its policy of not allowing gender-neutral passports.

Christie Elan-Cane, who has campaigned for more than 25 years to achieve legal and social recognition for non-gendered identity, brought a case to the UK’s highest court in the latest round of a legal battle for “X” passports.

Challenging the policy administered by Her Majesty’s Passport Office (HMPO), the campaigner argued that the UK’s passport application process, which requires individuals to indicate whether they are male or female, breaches human rights laws.

However, in a judgment on Wednesday, the Supreme Court unanimously dismissed the appeal.

Giving the ruling, Lord Reed said: “The form is concerned with the applicants’ gender as a biographical detail which can be used to confirm their identity by checking it against the birth, adoption or gender recognition certificates provided and other official records.

“It is, therefore, the gender recognized for legal purposes and recorded in those documents which is relevant.”

Elan-Cane said that the case would now be taken to the European Court of Human Rights following Wednesday’s judgment, adding that the “UK is on the wrong side of history.”

The president of the Supreme Court found that Elan-Cane’s interest in being issued with an “X” passport was “outweighed” by other considerations, including “maintaining a coherent approach across government” as to what genders are recognized.

Lord Reed continued: “There is no legislation in the United Kingdom which recognizes a non-gendered category of individuals.

“On the contrary, legislation across the statute book assumes that all individuals can be categorized as belonging to one of two sexes or genders, terms which have been used interchangeably.”

After the ruling, Elan-Cane told the PA news agency: “I was not surprised by today’s outcome but I was taken aback by the tone of the Supreme Court judgment. There was a clear lack of understanding/empathy with the issues raised in the case.

“I’m not sure why the Supreme Court granted permission for the case to proceed because the outcome appeared to have been predetermined.

“The UK is on the wrong side of history and this is not the end of ‘X’ passports because we are going to Strasbourg.”

At a hearing in July, justices were told the current gendered policy has a significant impact on the lives of those affected.

Kate Gallafent QC, for Elan-Cane, said non-gendered people, like the campaigner, and non-binary people have to make a false declaration to get a passport, which “strikes at the foundation of the standards of honesty and integrity to be expected of such official processes.”

However, Lord Reed said: “Notwithstanding the centrality of a non-gendered identification to the appellant’s private life, it is difficult to accept that a particularly important facet of the appellant’s existence or identity is at stake in the present proceedings.

“That is because it is only the designation of the appellant’s gender in a passport which is in the issue.”

Representing HMPO—which is part of the Home Office—Sir James Eadie QC argued it would be “obviously problematic and highly undesirable” for only one part of the government to recognize non-binary or non-gendered identities.

In written arguments, he said: “It may lead to the same person being treated as having a different sex/gender by HMPO for the purposes of issuing a passport on the one hand, and by other government departments for all other governmental functions on the other.”