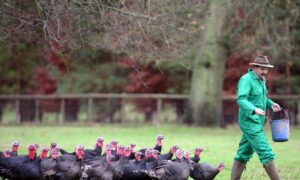 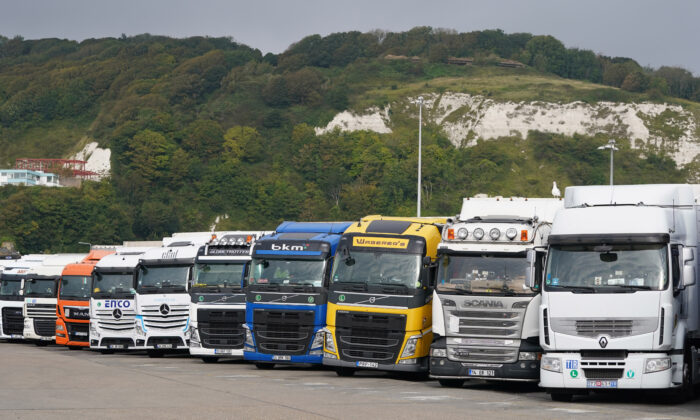 Last month, the government announced that it would issue 5,000 temporary visas to HGV drivers in an attempt to prevent shortages in the run-up to Christmas.

But Oliver Dowden, chairman of the ruling Conservative Party and minister without portfolio, said on Oct. 13 that the number of applications for the scheme was “relatively limited.”

“We have 300 people that have applied for these visas,” he told LBC radio. “I believe the number is just over 20 that actually received them, so are on the road, but I expect that number to increase over time.”

His disclosure came after Home Office Minister Kevin Foster, in a letter circulated to all MPs, said each application would take 15 working days—three weeks—to process.

The opposition Liberal Democrats said the admission was “staggering.”

“In the face of a national crisis and our ports going into gridlock, the response from Conservative ministers is too little, too late,” said the party’s home affairs spokesman Alistair Carmichael.

“This incompetence risks causing more empty shelves and more misery for British consumers in the run up to Christmas,” he said. “The government needs to end the arbitrary rules that are shutting out lorry drivers and urgently streamline visa applications so they are decided quickly and fairly.”

But Dowden emphasised that the lorry driver shortage isn’t unique to the UK, but is a problem across Europe, the United States, and even China.

He told Sky News that the government is “taking steps to address it,” including creating 5,000 more places for training HGV drivers and “making the process more flexible.”

Asked about potential Christmas shortages, he said, “The situation is improving, I’m confident that people will be able to get their toys for Christmas.”

Business leaders have been critical of the government’s response to the supply chain problems, which have been partly caused by a shortfall of about 90,000 drivers in the freight sector.

Baroness McGregor-Smith, a Conservative peer serving as president of the British Chamber of Commerce, said last month that consumers and businesses faced “another less than happy Christmas” due to the visa offer being “insufficient.”

“Even if these short-term opportunities attract the maximum amount of people allowed under the scheme, it will not be enough to address the scale of the problem that has now developed in our supply chains,” she said.