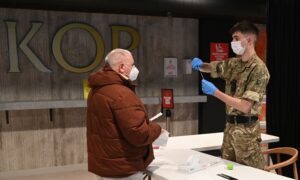 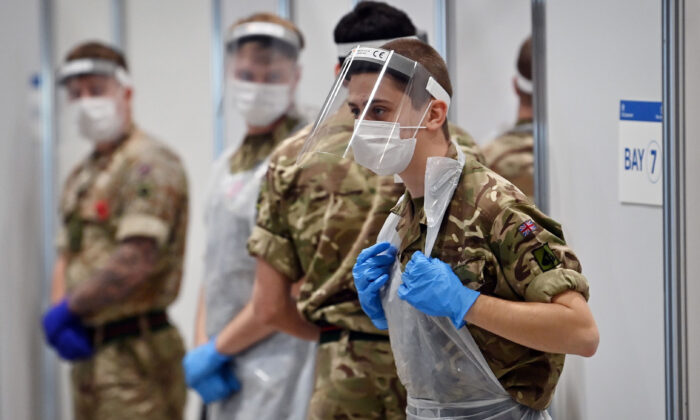 A major study has found that adherence to COVID-19 self-isolation rules is low in the UK, raising concerns about the effectiveness of the government’s test-and-trace system.

The study, published in the British Medical Journal, was based on 37 nationally representative surveys involving 53,880 participants in the UK, conducted between March 2, 2020, to Jan. 27, 2021.

It found that only 51.5 percent of the respondents could identify the main symptoms of COVID-19, which is caused by the CCP (Chinese Communist Party) virus.

Just 18 percent of those with the symptoms said they had requested a test, while 42.5 percent with symptoms in the previous seven days adhered to full self-isolation.

“With such low rates for symptom recognition, testing, and full self-isolation, the effectiveness of the current form of the UK’s test, trace, and isolate system is limited,” wrote the authors of the report, who are scholars from Kings College London and University College London, one of whom is affiliated with the Behavioural Science Team of Public Health England.

But they acknowledged that “some improvement has occurred over time.”

Factors contributing to non-adherence were “being male, younger age, having a dependent child in the household, lower socioeconomic grade, greater financial hardship during the pandemic, and working in a key sector,” the study found.

The government cast doubt on the findings, citing statistics from the Office for National Statistics (ONS).

“Since last May, NHS Test and Trace has contacted 3.2 million people who tested positive, and another 6.4 million of their contacts. Behind these numbers are countless lives saved and the latest ONS statistics show that when people are asked to self-isolate, the overwhelming majority do so,” a spokesperson for the Department for Health and Social Care said in an emailed statement.

Survey data published by the ONS last week reported that 86 percent of people testing positive for the CCP virus are fully complying with self-isolation guidance for their full isolation period.

“It is vital that people continue to do their bit by isolating when they are asked to. As the prevalence of coronavirus falls, our testing and tracing system becomes more important in identifying and suppressing local outbreaks while also responding rapidly to the threat of new variants,” the spokesperson said.

The Public Accounts Committee of the House of Commons said last month that there was no clear evidence that England’s test-and-trace system had been effective in tackling the pandemic.

But Health Secretary Matt Hancock said the service had done “an amazing job” and he was “incredibly grateful to them.”

Baroness Dido Harding, who has been leading NHS Test and Trace, said the service is “essential in our fight against COVID-19.”