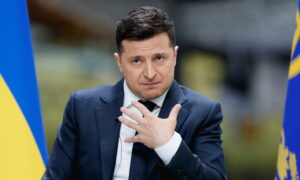 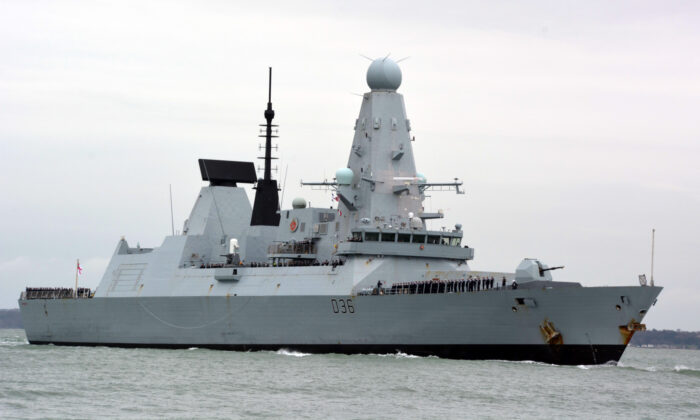 The United Kingdom and Ukraine have signed a trilateral agreement with a British defence industry partner to enhance Ukraine’s naval capabilities.

It includes new ships, armaments, and the training of Ukrainian Navy personnel.

HMS Defender was visiting the Uranian port of Odessa as part of the UK’s Carrier Strike Group deployment. A trilateral exercise between the UK, Ukraine, and the United States also took place on board the ship.

The MOI is built on a Memorandum of Intent signed last October by the defence ministers of the two countries.

“I am delighted that British and Ukrainian industry will work together on these projects, which will provide world-leading capabilities and provide opportunities for both our nations to boost our shipbuilding enterprises,” Quin said in a statement.

He said the UK and Ukraine continue to strengthen their “close defence relationship” to help deter shared threats.

Myroniuk said: “Ukraine and the UK are good friends and allies. Today’s Memorandum gives a new impetus to our co-operation in naval industry and will facilitate further development of the Ukrainian Navy. We appreciate the British support and value your experience.”

The UK government said that contractual work will now begin on missile sales and integration on new and in-service Ukrainian Navy patrol and airborne platforms, including a training and engineering support package; the development and joint production of eight fast missile warships; the creation of two new naval bases on the Black Sea and the Sea of Azov; the delivery of a modern frigate capability, and a government to government sale of two refurbished Sandown-class mine countermeasure vessels.

CEO David Lockwood said he’s “very proud” to be involved in the projects.

The British government said that the UK and the North Atlantic Treaty Organization (NATO) are committed to Black Sea regional security, stability, and prosperity, and that the UK has trained over 21,000 Armed Forces of Ukraine personnel since 2015.

Ukraine and Russia have been in conflict since 2014 when Russia seized Ukraine’s Crimea peninsula and backed a rebellion in Donbas. Since then, Ukraine’s interest to join NATO has reportedly grown.

NATO Secretary-General Jens Stoltenberg said on June 4 that he urges NATO allies to provide more support, including personnel training and capacity building, to Ukraine to “support their territorial integrity and sovereignty.”

He told Ukraine to focus on reforming and modernizing defence and security institutions, which he said was “the best way to move towards membership in NATO.”

However, the Kremlin on July 17 said that Ukrainian membership in NATO would be a “red line” for Moscow.

Interfax cited Russia’s defence ministry as saying that a Russian warship on Wednesday fired warning shots and a warplane dropped bombs to force HMS Defender from an area in the Black Sea near Crimea that Russia claims as its territorial waters.

Britain’s Ministry of Defence said, “No shots were directed at HMS Defender and we do not recognise the claim that bombs were dropped in her path.”

“We believe the Russians were undertaking a gunnery exercise in the Black Sea and provided the maritime community with prior-warning of their activity,” it said in a statement on Twitter.

Ella Kietlinska, Reuters, and The Associated Press contributed to this report.