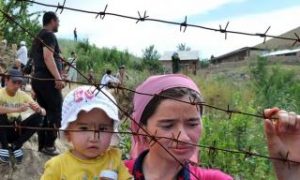 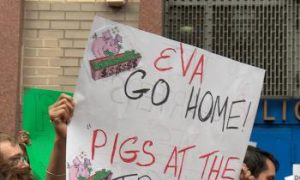 By Peter Simmons
Print
Would-be German assassins armed with poison aspirin, cigarettes, and coffee parachuted in behind allied lines towards the end of World War II, according to documents released by British Security Service, MI5, on April 4.

The documents are a collection of interrogation reports, field reports, and correspondences, some hand written, from November 1944 to the end of August 1945, entitled “Use of Poisons by the German Sabotage Service.”

The workings of subversion operations planned by this specialized Nazi security services unit were further revealed when a unit of four German agents were captured in allied territory in France after their aircraft was shot down.

According to one of the document—a secret report from the Counterintelligence War Room London April 2,1945—terrorist tactics were a last ditch attempt by the Nazis at the very end of the war.

“Until early 1944 there was no indication that the German Sabotage Services were interested in terrorist operations,” states the newly declassified report. “The first anti-personnel attempt known was that of the Amt VI agents in Italy sent to Anzio in March 1944 with the mission of assassinating Generals Clark and Alexander. Since then there has been an increasing tendency towards assassination and terrorism, until at the present time it is one of the normal functions of sabotage agents.”

The use of poison as a suicide agent in the event of capture was already well known to allied forces, who had details of a cigarette lighter that would dispense cyanide. But the captured agents from the B17 plane told MI5 interrogators that they had been armed with other poisons, “not the usual ampoules of hydrocyanic acid, with which agents have been equipped in recent months to commit suicide after arrest.”

They said that they had tubes of Bayer’s aspirin with poison in them. “Only one or two of the tablets contain poison; agents are told which before leaving on a mission,” stated the document, now available in the National Archives. “Special cigarettes have been prepared which, if smoked, produce a headache; thus giving an excuse for the agent to offer the poisoned aspirin tablet.”

The agents claimed that this method had been prepared for targets travelling on trains, although one of the captured agents, Anna Marguerite Prelogar, did admit it was “fanciful.”

Female agents were sent with poison “microbes” on some occasions hidden between the brackets of a handbag mirror.

The documents also talk of a poison pellet about 1 mm (0.04 inches) in diameter of an unknown substance, which would vaporize under heat from a cigarette lighter or cigarette. “The pellet can also be placed in an ash-tray; the heat of a cigarette or cigar being stubbed out in the ash-tray would cause the pellet to volatizes, the vapor killing anyone nearby.”

Another innovation described in one MI5 report is a glass powder impregnated with poison designed to be placed on door handles, books, and desks.

Another powder could be used “for example by waiters” to dust a room, causing death if swallowed but not inhaled.

According the report, one agent was particularly emphatic about the use of certain chocolate poison.

“The above story seems somewhat fantastic and it may be that the agents prepared it together to make themselves interesting. On the other hand, both described these poisons quite spontaneously,” states the report.

Separately published in the National Archives are documents that reveal blundered sabotage unit missions. In one, the German U-boat that was dropping off agents in the United States ran aground in Long Island. Another mission was exposed when one of the saboteurs got drunk before leaving Paris and revealed himself as an agent.

According to the documents, the MI5 officer sent to the U.S. to be briefed on the U-boat incident said, "It was only owing to the laziness or stupidity of the American coastguards that this submarine was not attacked by U.S. forces."

The report lists the training the German recruits received at "Sabotage School," which included using and revealing "secret ink." The saboteurs were instructed to "trust nobody and kill any man who turned traitor" and were told that "any traitor should be liquidated by force.”