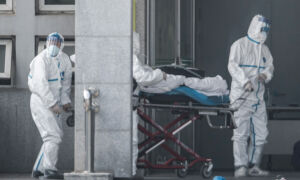 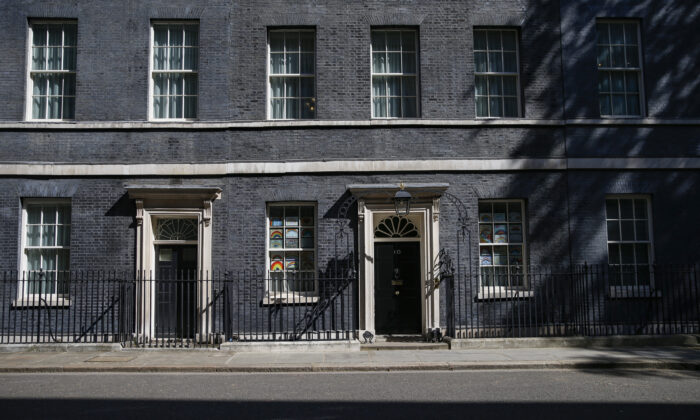 UK Scientist Who Warned Over Virus Quits for Breaching Lockdown

LONDON—Britain’s health secretary said on May 6 that national lockdown rules were “for everyone,” after one of the government’s key scientific advisers quit for receiving secret visits from his girlfriend amid the CCP virus pandemic.

Imperial College epidemiologist Neil Ferguson developed models that predicted hundreds of thousands would die unless the UK imposed drastic restrictions to slow the spread of the CCP virus. His advice was key in triggering Britain’s lockdown in March. Under the rules, people are barred from visiting friends and family that they don’t live with.

Ferguson quit the government’s scientific advisory panel late Tuesday after the Daily Telegraph newspaper reported that a woman he is in a relationship with had crossed London to visit him at his home.

Ferguson said in a statement that he had “made an error of judgment and took the wrong course of action.”

“I deeply regret any undermining of the clear messages around the continued need for social distancing to control this devastating epidemic,” he said.

Health Secretary Matt Hancock said Ferguson was “a very eminent and impressive scientist,” but “took the right decision to resign.”

He told Sky News that the social distancing rules “are there for everyone, they are incredibly important and they are deadly serious. They are the means by which we have managed to get control of this virus.”

Ferguson has become a well-known figure in Britain, making frequent media appearances during the outbreak. On March 18, he tweeted that he had a fever and cough—symptoms of COVID-19—and that there was a small risk he had infected others.

Ferguson is the second scientific adviser in the UK to quit after failing to follow their own advice. Catherine Calderwood resigned as Scotland’s chief medical officer last month for twice traveling from Edinburgh to her second home.

As one of the founders of the MRC Centre for Global Disease Analysis at Imperial College London, Ferguson’s work has been instrumental in shaping public health responses to outbreaks including swine flu, Ebola, and Zika. Ferguson has long advised authorities including the World Health Organization and national governments in Britain, Europe, and the United States.

On March 16, Ferguson and colleagues published a paper suggesting that even with some social distancing measures, the UK could see 250,000 virus-related deaths and the United States a death toll of about 1 million. Ferguson predicted those figures could more than double in both countries in a worst-case scenario.

A nationwide lockdown followed on March 23. Despite strict restrictions on public activity and business, Britain officially has recorded 30,076 deaths among people confirmed to have the virus, the highest toll in Europe.

The number of hospitalizations and deaths reported daily is now falling, and the government is preparing to ease the curbs on economic and social life starting next week. Johnson plans to set out a road map on Sunday.

Communities Secretary Robert Jenrick said new measures would focus on giving people “confidence to return to work and to return to public spaces and public transport” while maintaining social distancing.

But the government said any relaxation would be gradual to prevent a second spike in CCP virus cases.

“This is not going to be a case of flicking a switch,” Johnson spokesman James Slack said. “People will have to prepare for a different type of normal.”

By Jill Lawless, Epoch Times staff contributed to this report.