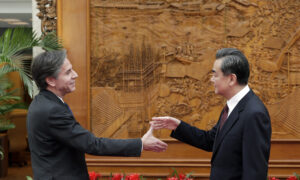 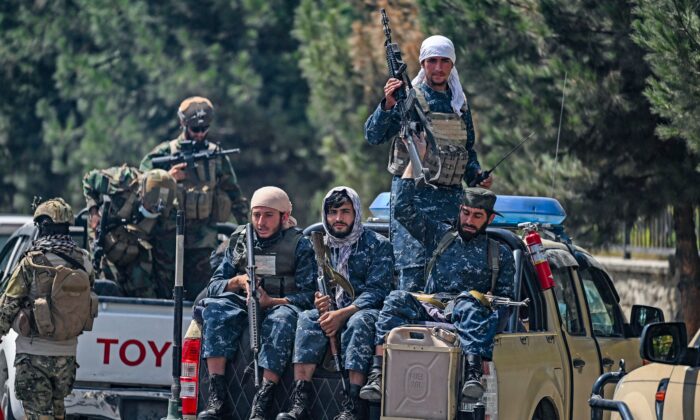 The UK government remains “quite sceptical” of Taliban promises of free passage for those wishing to flee Afghanistan, according to a Foreign Office minister.

James Cleverly told the BBC that the UK is a “long way” from granting the Taliban diplomatic recognition.

Echoing previous remarks by the prime minister, Cleverly said that they would judge the Taliban “on their conduct, not their words.”

“They have said that they want to be treated like a legitimate government, ” he said. “And there’s a long way to go before we might consider that.”

Cleverly said, “If [the Taliban] start acting like a government, if they start facilitating both internal travel and exiting from Afghanistan, then we will engage with them on that basis,” he said.

“But of course what we are not able to do, what no country is ever really able to do, is give an absolute cast-iron guarantee.”

The remaining British troops left Kabul on Saturday, after wrapping up the operation that had airlifted out around 15,000 people.

Ministers estimate that around 150 British nationals remain in the country, with some of those having elected to stay. The government estimates that 800–1,100 Afghans who would have been eligible to settle in the UK under the Arap scheme were left behind.

The Arap scheme allows resettlement for Aghans who worked with the British authorities, such as translators, who are at risk of reprisals from the Taliban.

The Labour Party claims that the government has “significantly” underestimated the number of Afghans who could have come to the UK but were left behind.

Labour’s shadow foreign secretary Lisa Nandy said that Labour MPs alone had identified potentially 5,000 cases of Aghans who “will need our assistance” meaning that the government’s numbers were “a significant underestimate.”

The wording of her letter to Foreign Secretary Dominic Raab, however, suggests Nandy is referring to a broader category than Arap alone.

“I understand that the government is working on the assumption of that there are 800–1,100 people who will need assistance,” she wrote. “My office is currently tracking cases related to 5,000 people from Labour MPs alone, including British nationals, high-profile public figures, people with serious disabilities, and children separated from their families—which may give a sense of the complexity of evacuation.”

Cleverly said it was impossible to say how many people were left in Afghanistan who were eligible to come to the UK.

“That’s an impossible number to put a figure on,” he told Sky News.

The “vast, vast bulk” of British nationals had left Afghanistan, he said, but there were also eligible people under the Arap scheme—for people who helped UK forces—and others who could be under threat from the Taliban.

“Government ministers have had 18 months to prepare for this. The French government started evacuating its people in May so it is utterly unforgivable that we have left so many behind,” the shadow minister for Asia and the Pacific told BBC Radio 4’s Today program.