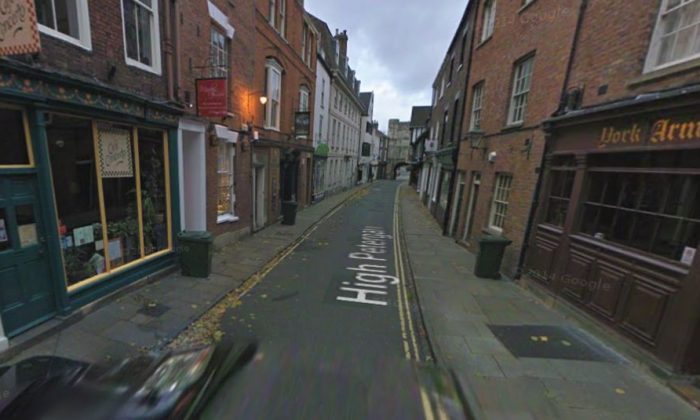 A customer who went to Bennett’s Cafe & Bistro in York, England, left a harsh comment about the service, and the owner of the restaurant shot back with the difficulty of running a business.

According to Mashable, user Hanna C. wrote on Tripadvisor (the post has since been taken down) that she was charged for water and a lemon:

This place is absolutely awful. I went out for afternoon tea with some friends and I was on a tight budget. I ordered hot water and a slice of lemon which, firstly, did not arrive on time with all my friends cake and drinks. I was then charged £2 for the hot water and a thin slice of lemon. When I asked why I was being charged so much for some water the waiter rudely said “well, do you know how much a lemon costs?” Yes, its definitely not £2. He then went on to wrongly inform me that a ‘pot of tea for one’ (which is what I was charged for) is the same price as a lemon. To show just how ridiculous this is, my friend ordered a slice of chocolate cake which was £1.90.

Dreadful place, would definitely not recommend, and the rude waiter that served me should be sacked. I will not be returning and will be advising friends and family not to go there.

Mike Fisher, the manager, gave her a lengthy and logical reply:

I’m sorry that you feel that you were “ripped off” and I’ll try to explain why you weren’t. You entered the cafe and the waiter showed you to your seat, gave you a menu, waited for a time and then took your order. He entered it into the till, collected a cup, saucer and spoon and took them into the kitchen.

There, he selected a knife, chopping board, got a lemon from the fridge, cut off a slice and put it in the cup. Then, he returned to the dining room, drew off the necessary hot water and carried the cup to your table. When you were leaving, he printed off your bill, took it to you, processed your credit card payment and cashed off the till. After you left, he cleared away your cup, saucer and spoon, took them into the kitchen, washed and dried them, along with the chopping board and knife and put away the lemon.

(Scroll down for the rest of the reply)

Then, returning to the dining room he restacked the cup, saucer and spoon, wiped down your table and replaced the menu, awaiting the next customer. That’s at least 2-3 minutes work for the waiter. The cost of overheads for the business, i.e. rent, business rates, electricity costs, bank charges, etc works out at £27.50 per hour of trading. I pay my colleagues a decent living wage and after taking into account holiday pay, national insurance and non-productive time prior to opening and after closing, the waiter who served you costs me £12.50 per hour. Therefore, together the cost is £40 per hour or 67p per minute, meaning that the cost of providing you with 2-3 minutes of service was £1.34 – £2.00.

Then the government add on VAT at 20% which takes the cost of that cup of fruit infusion to between £1.60 and £2.40 irrespective of whether you had a teabag costing one and a half pence or a slice of lemon costing five pence. I have to pay my suppliers otherwise the facilities won’t be available to other people who use them in the future. I accept that it makes the price of a cuppa in a city centre cafe look expensive compared to the one you make at home but unfortunately that’s the cruel reality of life. It’s actually the facilities that cost the money, far more so than the ingredients.

Perhaps, the rudeness that you perceived in me was triggered by the disrespect that I perceived in you by your presumption that you could use our facilities and be waited on for free.

The TripAdvisor has since been taken down, but it will forever live in the hearts of many.