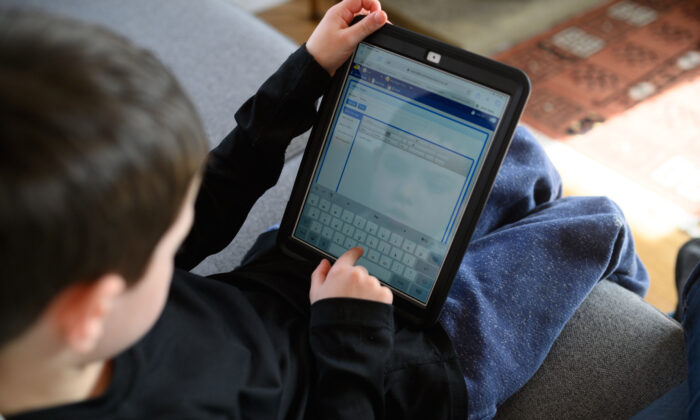 Fewer 4- and 5-year-olds in England met the expected levels of development in 2021 than before the pandemic, new research suggests.

According to a new study published on Wednesday, early years foundation stage profile (EYFSP) data suggested only 58.7 percent of new primary school pupils reached by the end of their reception year a good level of development (GLD) in all five areas measured, including communication and language; physical development; literacy; maths; and personal, social, and emotional development.

It’s more than 13 percentage points down compared to the pre-pandemic 2019 cohort, 72 percent of whom achieved GLD.

The difference meant three more children in an average-sized classroom didn’t reach the expected levels by the end of the school year.

The children’s literacy and maths development suffered the most, with 9.2 percent fewer pupils reaching at least the “expected” level in literacy than the 2019 cohort and 8.6 percent fewer in numeracy.

Children whose first language is not English were more affected than their peers, with 16 percent fewer pupils in this group reaching GLD.

However, the report stressed that the findings should be “interpreted with caution given the relatively small sample size and unknown level of moderation completed to support the reliability and validity of teachers’ assessments.”

The study, commissioned by education charity Education Endowment Foundation (EEF) and conducted by a team from University of York, National Institute of Economic and Social Research, and the Education Policy Institute, included surveys of 94 schools and 1,105 families and EYFSP data for a total of 3,253 children.

The UK government has published annual EYFSP data, which would have included around 630,000 pupils in the 2021 cohort, but the data collection was cancelled owing to the CCP (Chinese Communist Party) virus pandemic, meaning the researchers had to ask individual schools to provide the data.

The first national lockdown to curb the spread of the CCP virus occurred from March to June 2020, when children in the cohort were 3 to 4 years old and were supposed to be attending early childhood education and care.

But most of these children didn’t attend such education during the first lockdown because schools and nurseries were only open to key workers and vulnerable children.

According to official data, 92 percent of 3-year-olds and 95 percent of 4-year-olds received funded hours of early education before the pandemic, while only 7 percent of children between the age of 2 and 4 attended early years settings during the lockdown. By July 2020, the month after the lifting of lockdown, the percentage only rose to 25 percent.

Two more lockdowns occurred during the pupils’ reception year, in November 2020 and January to March 2021.

The survey found that two in three parents felt confident home-schooling their children during the third lockdown, and parents were largely happy with their school’s engagement and communication and appreciated the structure and routine provided by online lessons.

Sir Peter Lampl, chair of the EEF and the Sutton Trust, said, “It is deeply concerning to see the wide-ranging impacts that the pandemic has had on the development of the youngest children.”

Lampl said the early years are “vital for social mobility as this is where gaps in outcomes first begin to take hold.”

Stressing the importance of high-quality early years provision, Lampl said, “We must ensure we are recruiting, retaining, and developing the best staff in the early years, especially in the poorest areas.”

Secretary of State for Education Nadhim Zahawi said on March 18 that he believes it was “a mistake” to close schools during the pandemic.