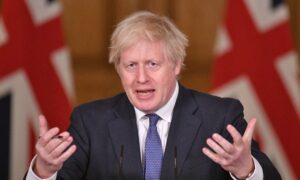 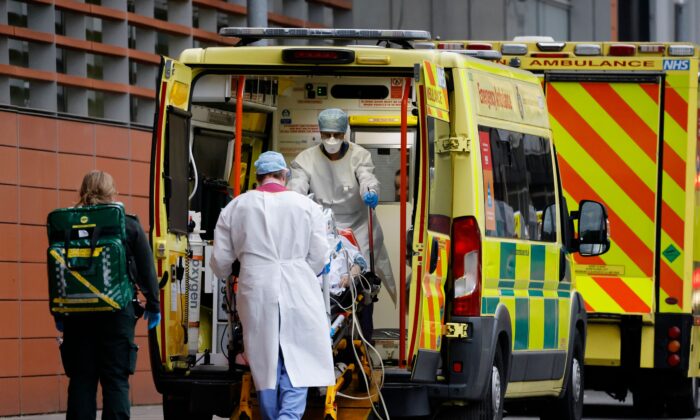 The UK recorded 1,820 deaths related to the CCP virus on Wednesday, the highest daily death toll since the pandemic began last spring.

This is over 200 more than the second highest daily death toll so far, which was recorded on Tuesday, when 1,610 people were reported to have died.

The #COVID19 Dashboard has now been updated: https://t.co/XhspoyTG79

A total of 4,609,740 people have now received the first dose of a #vaccine. pic.twitter.com/V6RtR8LGiy

There have been 38,905 new cases within the latest 24-hour period, according to official figures.

A new analysis published by the Office for National Statistics (ONS) shows that roughly one in eight people had antibodies to the CCP virus in England in December.

Sir Simon Stevens, chief executive of NHS in England, said on Sunday that the NHS is struggling more amid the CCP virus pandemic than it has in its 72-year history.

He told the BBC’s Andrew Marr program that hospitals across the country continue to fill up with COVID-19 patients, and another person is admitted with symptoms every 30 seconds.

In an interview with broadcasters on Wednesday, Prime Minister Boris Johnson warned that “there will be tough weeks to come.”

But he predicted that there will be “a real difference by spring” as a result of the ongoing mass vaccination programme.

As of Wednesday, a total of 4,609,740 people have now received the first dose of a COVID-19 vaccine, according to Public Health England.

But there are fears that new variants of the CCP virus may reduce the effectiveness of the vaccines.

The UK closed all its “travel corridors” with other countries on Monday in order to protect the country against new strains of the virus coming from overseas, which might turn out to be resistant to vaccines.

The measure means all passengers must have a recent negative test and transfer immediately into isolation upon arrival. The isolation period lasts for 10 days, unless the passenger tests negative after five days.