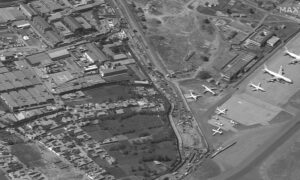 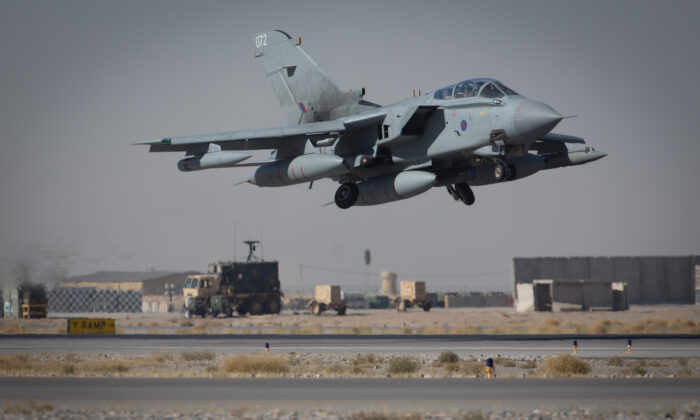 Britain is still able to operate in Afghanistan and will be ready to hit the ISIS terrorist group in that country, the head of the Royal Air Force has said.

In an interview with The Telegraph, Air Chief Marshal Sir Mike Wigston said: “Ultimately, what this boils down to is that we’ve got to be able to play a global role in the global coalition to defeat Daesh [ISIS]—whether it’s strike or whether it’s moving troops or equipment into a particular country at scale and at speed.”

“If there’s an opportunity for us to contribute, I am in no doubt that we will be ready to. That will be anywhere where violent extremism raises its head and is a direct or indirect threat to the UK and our allies,” he said. “Afghanistan is probably one of the most inaccessible parts of the world, and we’re able to operate there.”

Western military presence in Afghanistan ended on Monday when U.S. forces completed their withdrawal. The UK had pulled out its last remaining troops on Saturday, August 28.

But the UK and its allies pledged to continue to fight the ISIS terrorist group wherever it operates, including in Afghanistan.

The UK stands united with our @coalition partners in mourning those killed by Daesh’s horrific attack at Kabul airport & in our unwavering collective resolve to combat Daesh networks by all means available, wherever they operate.https://t.co/BtKCfbcmyr

Britain’s Foreign Secretary Dominic Raab also said that the UK “stands united” with coalition partners in their “unwavering collective resolve to combat Daesh networks by all means available, wherever they operate.”

Raab made the comment after signing a joint statement on Monday, which was issued by the U.S.-led coalition against ISIS.

The Global Coalition to Defeat Daesh/ISIS said it strongly condemns the terrorist attack on Kabul airport on Aug. 26, in which 170 people were killed, including 13 U.S. service personnel.

It is believed the attack was carried out by ISIS-K, an ISIS affiliate in Afghanistan that consists of disaffected Taliban members who hold an even more extreme view of Islam.

The coalition said it will “draw on all elements of national power—military, intelligence, diplomatic, economic, law enforcement—to ensure the defeat of this brutal terrorist organization.”

“We will continue to apply robust counterterrorism pressure against Daesh/ISIS wherever it operates,” said the statement.