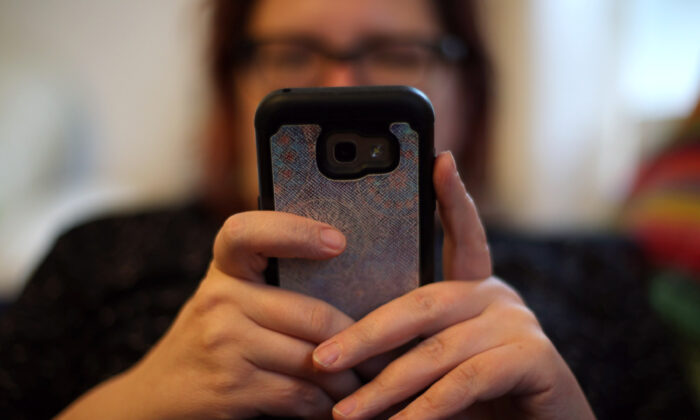 Rape convictions are at an all-time low but one solicitor, who has acted for the defence in several rape cases, says men are still getting a “raw deal.”

A leading defence solicitor in the north of England, who declined to be named, told The Epoch Times, “Most rape defendants are men and they are getting a raw deal.”

Women’s rights groups have said it is an invasion of privacy for defence lawyers to be given access to a rape complainant’s phone and, in May, Information Commissioner John Edwards called for an end to so-called “digital strip searches.”

But the solicitor told The Epoch Times, “What is on the phone is fundamental and if that is withheld how can the defendant get a fair trial?”

It was not the first time Reeves had used the phrase. In March last year—when the High Court rejected a legal challenge to the Crown Prosecution Service (CPS) by the pressure group End Violence Against Women (EVAW)—she said, “This is a disappointing result which endorses what is effectively decriminalisation of rape.”

Barry Godfrey, a professor of social justice at the University of Liverpool, said the number of rapes had grown “phenomenally” in recent years but he said, “This shouldn’t be taken as a real rise, but a consequence of changing legal definitions of rape, and greater willingness of victims to report.”

That figure compares to 7.1 percent in other recorded crimes, and 81 percent for homicides.

Godfrey said historically rape had been under-reported and under-prosecuted, telling The Epoch Times: “In the 19th century the women who received justice had unimpeachable reputations, the money to bring prosecutions and, usually, higher middle class and upper class status. I would not be surprised if the conviction rate has been under 2 percent in the UK for the last 200 years.”

Of the cases which were prosecuted in England and Wales last year, 70 percent of defendants were convicted of the offence, which compares with only 43 percent in Scotland where there are three possible verdicts: guilty, not guilty, or not proven.

Godfrey said: “Given the focus in society on women’s perceived culpability (she was drunk, she was reckless etc.) we might think that juries are less sympathetic today, however, the conviction rate has always been low. Forensic evidence in stranger rapes will be persuasive, but so called ‘date rapes’ produces difficulties; proof that sex took place is not enough, lack of consent has to be proven, and that is difficult.”

The number of rape prosecutions in England and Wales has dropped by 70 percent since 2017.

EVAW claims the fall was caused by a change of policy.

In 2010 the then-Director of Public Prosecutions, Keir Starmer—now leader of the Labour Party—ordered a review of rape cases and introduced a new “merits-based approach.”

Under that approach prosecutors were told to judge a case simply on the “merits” of the evidence, rather than thinking about what chance, in percentage terms, there were of it leading to a conviction.

Phillippa Kaufmann QC, for EVAW, told the High Court last year this had meant “putting aside myths and stereotypes” about rape victims.

The CPS introduced new training and advised its staff away from the “merits-based approach” to rape prosecutions.

Now the focus was on using the traditional test of whether a prosecution had a chance of at least 50 percent of getting a conviction. This test was often measured against the success of previous cases with a similar weight of evidence.

The idea was to improve conviction rates.

But it led to a big decrease in prosecutions.

Godfrey said: “The CPS will only bring cases which are in the public interest, and which pass the evidential test, sometimes assumed to be a 90 percent chance of winning the case. So, with the problems of ‘he said/she said’ evidence, the CPS will be risk-averse about bringing cases to court which they think will not get a conviction.”

In October 2016 footballer Ched Evans was found not guilty of rape at a retrial and over the next two years three more men were acquitted amid great publicity—Liam Allan, Samson Makele, and Isaac Itiary.

Allan walked free after a computer disk containing 40,000 phone messages emerged and showed the alleged victim had fantasised about rape and pestered him for “casual sex.”

In the Makele case images emerged from his mobile phone of him cuddling with his alleged victim.

Itiary was accused of statutory rape because his alleged victim was 15 but text messages later emerged which proved she had lied to him about being 19.

Kat Araniello, a sexual violence survivor who campaigns on the subject of violence against women and girls, said rape prosecution rates were low because the CPS would rather drop a case than spend money “losing” a trial.

CPS ‘Lack the Guts to Let a Jury Decide’

Araniello, who was raped at knifepoint in 2017, told The Epoch Times: “They lack the guts to let a jury decide and would prefer a higher conviction rate. I blame the CPS. In my case, the police officially challenged the CPS decision to stop my case. They knew they could win it. But the CPS at the time were under scrutiny after Liam Allan, so dropped everything. The police really knew their stuff, they were willing to go to court.”

On the question of rape complainants having their phones interrogated, Araniello said: “It’s completely irrelevant, and inconsistent with how other crimes are investigated. If I was mugged, I wouldn’t be investigated to this degree. It’s a violation of privacy and I also believe a breach of third party data.”

But the solicitor who spoke to The Epoch Times said one of her clients had been accused “in bizarre circumstances,” was named in the newspapers, branded a rapist, and “pilloried” on social media, and then acquitted by a jury after just 20 minutes following the discovery of vital information on a mobile phone.

The solicitor said the man’s life was ruined, he was suspended from the college he was attending, and “it took him two years to get his life back on track.”

She said: “For many years the police have been told to call the woman a victim and assume she is telling the truth and anybody then pulled in for the crime is described as the perpetrator and the offender. An edict was sent out that people should be referred to as complainants, not victims, but that has not filtered down to the police.”

The solicitor said some of her clients had been on bail for four years, awaiting a final charging decision from the CPS.

“A file will be handed to the CPS by the police. They will take ages to review it because they’re under-staffed. Then they will give the police officer an action plan [to obtain more evidence] and that will take another 13 months, and then they will send it back to the CPS and they review it,” she said.

She said: “Soon there won’t be any criminal defence solicitors. I do very little legal aid work nowadays. Increasingly it’s mums and dads who raid their savings to pay privately if their son is accused.”

Last month Ellie Reeves said the government had made “pitiful progress” on rape prosecutions but Conservative former minister Dame Andrea Leadsom said she was “frankly disgusted” by Reeves’s claims which, she said, undermined “the confidence of women across this country in our judicial system.”

The CPS set out a strategy in 2020 on how to “fulfill our ambition to narrow the disparity between the number of offences reported to the police and cases going to court.”

Prefacing the strategy, the Director of Public Prosecutions, Max Hill QC, said, “It is underpinned by a commitment to ensuring the right person is prosecuted for the right offence.”

In April this year, after rape prosecutions rose by 10 percent, Hill said, “We are determined to drive up the number of rape cases going to court and while there is still a long way to go, it is encouraging we are beginning to see progress.”

But Godfrey said: “It may be that professional jurors or appointing a panel of judges to adjudicate rape and serious sexual assaults is the way forward. I cannot see any realistic way of raising conviction rates unless the CPS gate-keep even more rape cases, reducing them to those with more than 90 percent chance of conviction. That would be devastating for victims, for justice, and for society.”