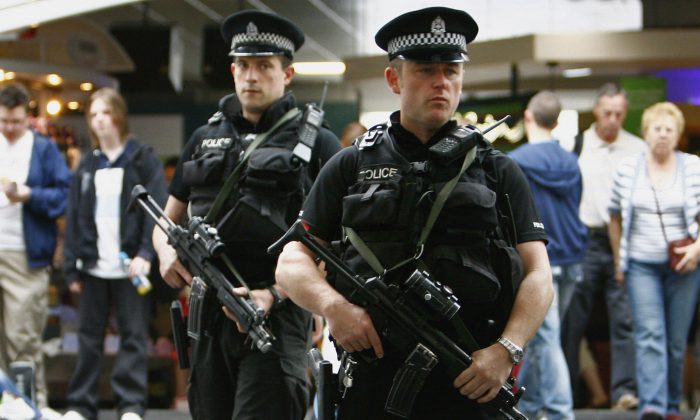 Officials in Britain raised the terror threat level on May 11, fearing a possible attack by Irish Republican dissidents.

The British government announced the MI5 Security Service has increased the threat level to Great Britain from Northern Ireland-related terrorism from moderate to substantial, meaning an attack is a strong possibility.

Officials said they are “working closely with the police and other relevant authorities to ensure appropriate security measures are in place.”

Home Secretary Theresa May said the main focus of violent dissident republican activity is in Northern Ireland, where they have targeted police and prison officers.

“They do not represent the views or wishes of the vast majority of people, both in Northern Ireland and the Republic of Ireland, who decisively expressed their desire for peace in the 1998 Belfast Agreement and have been transforming Northern Ireland ever since,” said May of the dissidents.

She also told the public to remain vigilant and report any suspicious activity to authorities.

“But we should not be alarmed, and this should not affect how we go about our daily lives,” said May.

The overall threat level in Britain is already “severe” because of ISIS extremists.

Critical – An attack is expected imminently.

Severe – An attack is highly likely.

Substantial – An attack is a strong possibility.

Moderate – An attack is possible, but unlikely.

Low – An attack is unlikely.