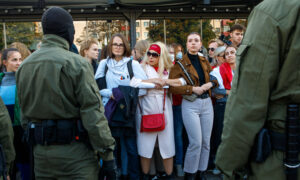 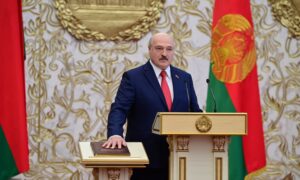 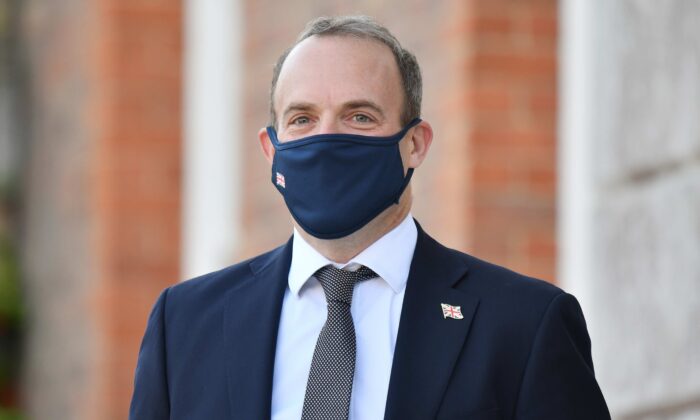 The United Kingdom will use “all the tools” at its disposal, including targeted sanctions, to hold Belarus President Alexander Lukashenko and his regime to account, Foreign Secretary Dominic Raab said.

Lukashenko, the authoritarian leader of Belarus, on Wednesday held an unannounced inauguration ceremony to mark the start of his new term, which domestic opponents and some Western countries consider illegitimate.

Raab on Thursday told Parliament what the British government would do in response to “rigged” Belarusian presidential elections, during which “witnesses reported extensive fraud and falsification of results,” and there was a “campaign of violence, intimidation, and harassment against peaceful protesters.”

The UK doesn’t accept the results of the election and condemns the “thuggery” deployed against the Belarusian people, Raab said.

Raab told Parliament that he had directed his office to prepare “Magnitsky sanctions” for “those responsible for the serious human rights violations,” and that the UK government is working with the United States and Canada on a sanctions list “as a matter of urgency.”

“We will apply all the tools at our disposal to hold Lukashenko and his regime to account,” Raab said.

“We call on him to engage in serious and credible dialogue with the opposition, via mediation if necessary, in order to facilitate a peaceful outcome to the current crisis. And one which reflects, and respects, the will of the Belarusian people,” he told Parliament.

“If the authorities in Belarus fail to respond, based on the outcome of the OSCE [The Organization for Security and Cooperation in Europe] investigation, which we have triggered, we will consider further actions with our international partners.”

On Sept. 17, states participating in the OSCE, including the UK, triggered a so-called “Moscow Mechanism,” to establish an independent expert mission to investigate the alleged election fraud and serious human rights abuses and violations.

The UK was going to join the EU in targeted sanctions against Belarusian human rights violators. However, the EU’s sanctions plan was blocked by Cyprus in a bid to make the EU place similar sanctions on Turkey for its disputed energy exploration in the eastern Mediterranean Sea. EU leaders will try to break the deadlock when they meet in Brussels on Oct. 1.

Currently, the EU’s Common Foreign and Security Policy requires unanimity among all member states. This rule has often held the EU back and “delayed, watered down, or held hostage … even simple statements on EU values,” European Commission President Ursula von der Leyen said on Sept. 16 in her first “State of the Union” speech.

Using the Chinese communist regime as an example, von der Leyen said the EU “must always call out human rights abuses whenever and wherever they occur—be it in Hong Kong or with the Uyghurs.”

She called for a change to the decision-making process.

“When member states say Europe is too slow, I say to them, be courageous and finally move to qualified majority voting—at least on human rights and sanctions implementation.”

Under the proposed “qualified majority” rule, EU foreign policy proposals can be passed if 55 percent of member states vote in favor and it is supported by member states representing at least 65 percent of the total EU population.

This would prevent a small number of member states from blocking EU foreign policy.

Raab said the UK government has been working with its partners in Belarus to “support and strengthen civil society and the brave media outlets struggling to shine a light on the repression that we are seeing inflicted by the Belarusian authorities on its people.”

He has doubled the UK’s financial support to human rights groups, independent media organizations, and community groups in Belarus.

There will be an extra 1.5 million pounds ($1.9 million) over the next 2 years, Raab said, 800,000 pounds ($1 million) of which will go to journalists in Belarus to help with their training, provide support to those detained by the authorities, and help replace equipment that’s been destroyed or confiscated.

Alexander Zhang and The Associated Press contributed to this report.