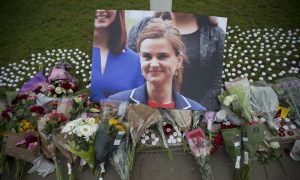 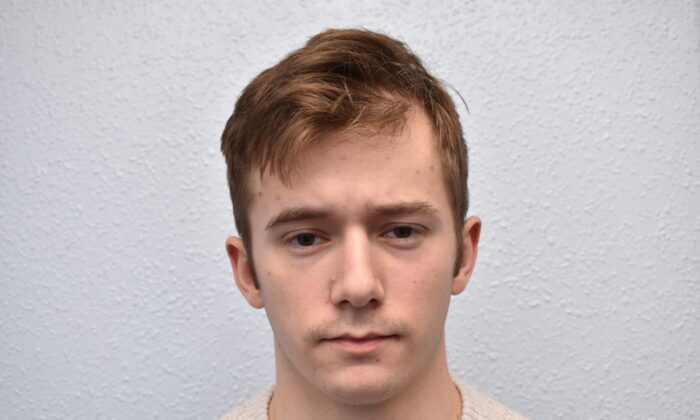 A British police officer was convicted on Friday of belonging to a neo-Nazi group and was jailed for more than four years.

Hannam, who pleaded guilty to possessing an indecent image of a child, was also convicted of lying on his application and vetting forms to join the Metropolitan Police and having two terror documents detailing knife combat and making explosive devices.

“Hannam joined and engaged with a right-wing terrorism organisation, whose views are the antithesis of police values. He then lied about his past links to this group when applying to become a police officer,” said Commander Richard Smith, head of the Metropolitan Police’s Counter Terrorism Command, which led the investigation into the case.

According to the Metropolitan Police, Hannam came to the attention of Counter Terrorism detectives in February 2020, as they were investigating individuals linked to a far-right extremist internet forum Iron March, some of whom were suspected of being members of the proscribed National Action group.

“His past caught up with him when he was identified as part of a wider, proactive investigation by the Counter Terrorism Command, who moved quickly to arrest him and bring him to justice,” said Smith.

Prosecutor Dan Pawson-Pounds said Hannam’s internet downloads, social media comments, and schoolwork show he had “a consistent adherence to neo-Nazi tropes between 2014 and 2019.”

But Defence lawyer Aisla Williamson said Hannam’s autism made him “vulnerable” to targeting and grooming by NA.

She said he was arrested some three years after his involvement with the group came to an end and that he joined the police, was baptised into The Church of Jesus Christ of Latter-day Saints, and went on to form long-term relationships.

“There is clear evidence of a change of mindset. That is both through his work as a police officer and his involvement in the church,” she said.

Hannam was sentenced at the Old Bailey on Friday to a total of four years and four months’ imprisonment, plus one year on extended licence.

Judge Anthony Leonard QC told Hannam: “I consider what you did to be very serious and you have harmed public trust in the police by your deceit.”

But the judge accepted that Hannam’s political views “played absolutely no part” in his policing work and he had no plans to infiltrate the police so as to be useful to the far-right.