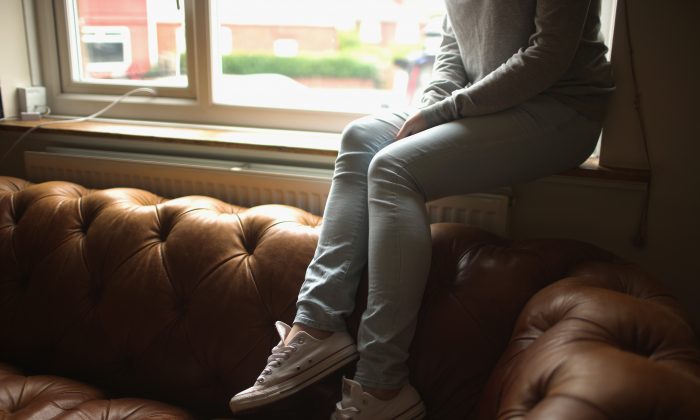 A teenage girl, who claims to be a victim of sexual abuse and alleged grooming, poses in Rotherham, England, on Sept. 3, 2014. (Christopher Furlong/Getty Images)
UK

A British police force has apologised to three women and paid them substantial damages for failing to protect them from pedophile rings in the city of Rochdale.

Instead of child victims of sexual abuse, the three were viewed by police as “bad” or “unreliable” witnesses and were sometimes arrested themselves while reporting abuse, the women said.

The three, one who was 14 and two who were 12 at the time, were repeatedly raped and sexually abused by gangs of men predominantly from the Pakistani community—a phenomenon known in the UK as “Asian grooming gangs.”

Watson apologised for the failure of the force to protect them and investigate the abusers, which happened under previous chief constables, including Sir Peter Fahy and his predecessor.

The top police officer told the women: “It is a matter of profound personal regret that your childhood was so cruelly impacted by the dreadful experiences which you endured. GMP could and should have done much more to protect you and we let you down.”

One of the three women, Daisy, whose name has been changed to protect her identity, said: “I don’t know if I believe that Greater Manchester Police have really changed their ways as they say they have, but I’m happy that they’ve taken into account their failings and there’s finally been some accountability.”

Rochdale is one of a number of British towns and cities in which widespread sexual grooming of predominantly white working-class girls has been brought to light over the last decade.

Thousands of English girls are known to have been sexually exploited over the last few decades by gangs of predominantly Pakistani and South Asian heritage—often referred to as Asian grooming gangs—across northern English towns and cities.

The three women, backed by lawyers from the Centre for Women’s Justice (CWJ) charity, brought a legal claim against GMP.

Lawyers for the three successfully argued their human rights were breached by GMP failing to protect them by putting a stop to the abuse. This included failing to record crimes, investigate offenders, collect intelligence, or charge and prosecute abusers.

Though the abuse was happening in plain sight, a police operation to tackle the gangs was closed down abruptly in 2004, despite police and social services having the names of the men involved and their victims.

The trial heard that girls as young as 12 were plied with alcohol and drugs and gang-raped in rooms above takeaway shops, and ferried to different flats in taxis where cash was paid to use them.

GMP settled the claim before the matter got to court.

A 2015 government-commissioned report into the Rotherham abuses said: “Children were sexually exploited by men who came largely from the Pakistani heritage community. Not enough was done to acknowledge this, to stop it happening, to protect children, to support victims, and to apprehend perpetrators.

“The council’s culture is unhealthy: Bullying, sexism, suppression, and misplaced ‘political correctness’ have cemented its failures.”