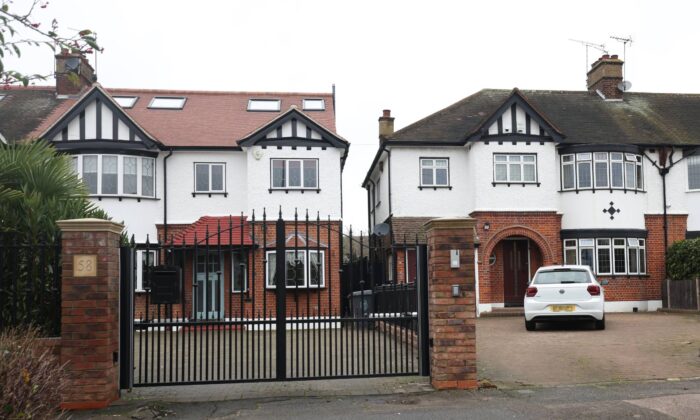 New legislation, proposed in the Queen’s Speech on Tuesday, which would allow residents to vote on whether their neighbours get planning permission has been described as “utter madness” by the chairman of an influential committee of MPs.

The Levelling Up and Regeneration Bill would allow communities in England to hold referendums over the style and size of extensions, new homes, and conversions on their street, but Huw Merriman, chair of the Transport Committee, wrote on Twitter on May 11: “Utter madness. What’s next ‘I veto the colour of your front door or your car on the drive’?”

He added: “The aspirational party I joined under [former Prime Minister Margaret] Thatcher didn’t hold a poll, or deny hard-working people the chance to improve their homes, based on neighbour envy.”

Housing Secretary Michael Gove said the plans would give people more of a say in the planning process but his predecessor, Robert Jenrick, said he feared the proposals would undermine the government’s own target to build 300,000 new homes a year.

Earlier this week Jenrick said: “It is a matter of the greatest importance to this country that we build more homes. Successive governments have failed to do this … Young people’s rightful aspiration to get on the housing ladder is being neglected because we’re not building those homes.”

Arguing in favour of the new legislation, Gove, speaking on BBC Radio Four’s “Today” programme, said: “People have been resistant to development because too often you have simply had numbers plonked down simply in order to reach an arbitrary target. You have had dormitories not neighbourhoods. It is critically important that even as we seek to improve housing supply you also seek to build communities that people love and are proud of.”

“Arithmetic is important but so is beauty, so is belonging, so is democracy,” added Gove.

Shadow housing secretary Lisa Nandy said: “Under the Conservatives, housing has become less affordable, spending on rent has skyrocketed and home ownership has gone down. All this puts more pressure on families facing a cost-of-living crisis. We need a government that will take action now to help people who are struggling with rising bills and prices, and that will invest to give them the long-term security of owning their own home.”

Prime Minister Boris Johnson’s government has been trying to reform the planning system in England for a couple of years but its original plan, which would have allowed development zones where the assumption was that permission would be granted, was criticised by Tory MPs in affected constituencies in the southeast of England as a “developers’ charter” and was dropped.