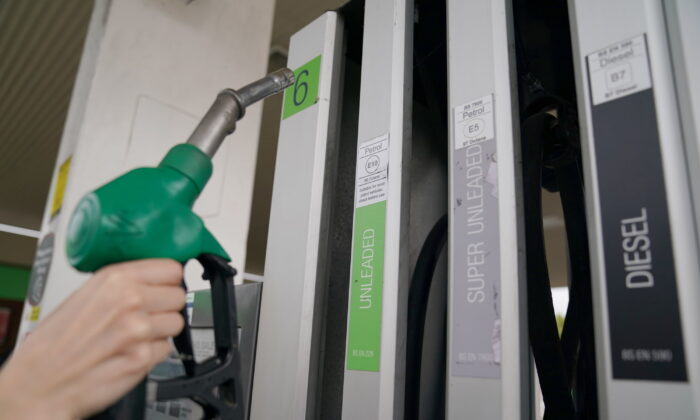 Drivers of petrol vehicles continue to get a “raw deal” despite a record monthly drop in pump prices, according to a new analysis by the RAC.

The British automotive services company said on Monday that the new prices “remain a long way off” what it believes to be fair.

According to the RAC Fuel Watch analysis, the average price of petrol in the UK was 169.8 pence per litre on Aug. 31, more than 12 pence down from the price on Aug. 1—the largest monthly drop on record, with the price expected to fall further.

It means drivers were spending around £6.77 less to fill a 55-litre petrol car than they did a month ago.

However, the RAC said the reduction didn’t fully reflect the drop in wholesale prices.

“By the end of August wholesale prices were lower than they were at the start of the month, so even factoring in buying cycles there is a very strong case for the biggest sellers of fuel to cut their forecourt petrol prices further,” RAC spokesman Rod Dennis said in a statement.

While “allowing for a generous 10 [pence] a litre margin,” petrol should be sold for around 161 pence per liter at the pumps, he said, adding that there’s a real postcode lottery in petrol prices, meaning drivers have to shop around for better prices.

The RAC said it believes this is “a fairer reflection of wholesale prices” compared to petrol.

Dennis called on government ministers to offer a “deeper cut” in fuel duty and consider “much more generous packages of help being offered to those in other countries across Europe.”

Most ministers are on the last day of their job as new Prime Minister Liz Truss is poised to take office on Tuesday. The successor of Boris Johnson has previously promised to cut fuel duty but remained tight-lipped on details of her plan to tackle the cost-of-living crises.