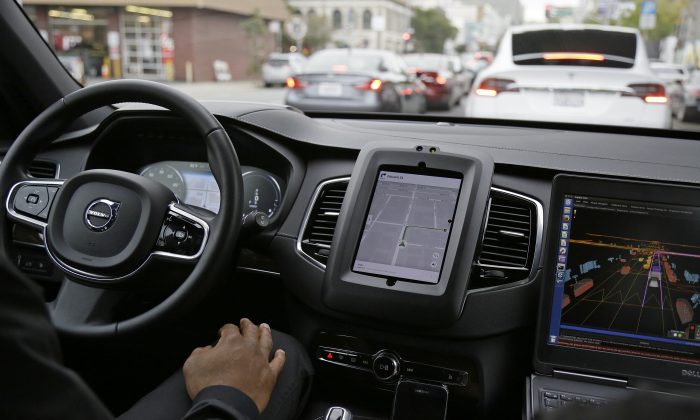 A committee in the British Parliament has launched an inquiry into self-driving vehicles aimed at establishing what needs to happen for them to become a common sight on public roads.

The Transport Select Committee in the House of Commons announced on June 27 that it will analyse the progress of research and trials into self-driving vehicles in the UK and overseas, and the likely uses of them for private motoring, public transport, and commercial driving.

The probe will assess safety issues and the perception of safety, considering the relationship with other road users such as pedestrians, cyclists, and users of conventional vehicles.

Required changes to regulations such as the vehicles’ legal status, insurance, and authorisation processes will also be investigated.

Fully driverless cars are not yet legally permitted in the UK, but autonomous features are being developed by car makers.

According to the UK government, an updated version of the Highway Code—the UK’s rulebook for road users—will allow motorists in self-driving cars to watch TV on built-in screens, though the use of mobile phones will remain prohibited.

The code will also state that people using fully self-driving cars will not be responsible for any crashes, with insurance companies liable for claims. However, motorists must be ready to take back control when requested by the vehicle.

Announcing the changes in April, Transport Minister Trudy Harrison said the update will be a “major milestone in our safe introduction of self-driving vehicles,” which she claimed will “revolutionise the way we travel, making our future journeys greener, safer, and more reliable.”

Last year, the UK became the first country to announce it would regulate the use of self-driving vehicles at slow speeds on motorways, with the Department for Transport announcing that it would allow hands-free driving in vehicles with lane-keeping technology—a feature found on new cars today—on congested motorways.

A full regulatory framework for self-driving vehicles is expected to be in place by 2025.

Last week, the Law Commission of England and Wales began seeking views on regulating remote driving, which involves vehicles being controlled by someone potentially several miles away.

Steve Gooding, director of the RAC Foundation, said, “The pressing challenge for regulatory authorities is to come up with a roadworthiness testing regime that ensures the driverless tech can cope with the many and various circumstances it might encounter out on the road.”

“We require human drivers to pass both a theory and a practical test. It looks like we now need the equivalent for the cars themselves,” he said.