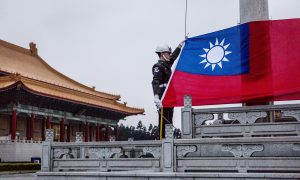 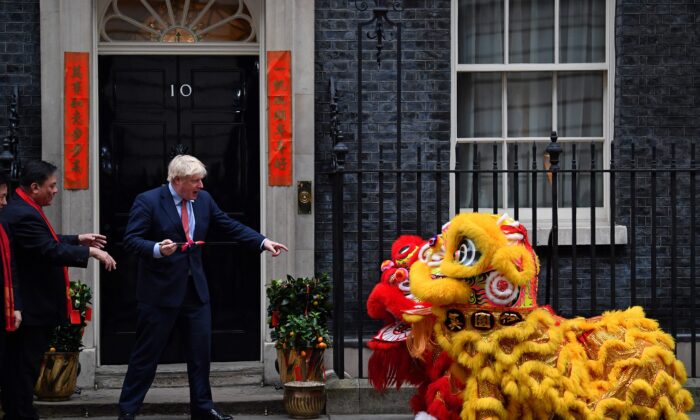 The British government urgently needs to develop a clear strategy for relations with China, states a new report from the Policy Institute at King’s College London.

The report, authored by Charles Parton OBE, a veteran diplomat who spent 22 years working in or on China, argues that the government’s China policy has long been outdated.

In particular, the approach adopted by former Prime Minister David Cameron and former Chancellor George Osborne, who put economic engagement above all else, has been discredited, it says.

The Chinese Communist Party’s (CCP) “bullying diplomacy” over the CCP virus pandemic has made the policy-rethink even more urgent, the author suggests.

“Its behaviors domestically are unlikely to differ from its conduct abroad, a lesson clear from recent bullying diplomacy connected with COVID-19,” the report states. “Disagreement with the CCP is seen as hostile, not as an assertion of the right to conduct affairs differently.”

The British government is urged to “give greater priority to UK values, interests, and national security—and not allow these to be prejudiced by economic cooperation with China.”

The author highlights the CCP’s influence operations in the UK through its “united front” work. The regime seeks to “capture” UK politicians where it can, and often tries to “work through those who can influence government policy—former politicians (especially in the House of Lords), ex-civil servants, businessmen, high-profile academics, or scholars in think tanks.”

To counter such operations, the report suggests, the government should consider enacting a UK version of the U.S. Foreign Agents Registration Act and follow the Australian government’s example and set up a National Counter Foreign Interference Coordinator.

The government is urged to “study carefully” measures taken by like-minded states, particularly Taiwan, which is the front line for CCP interference operations.

The government should set a policy on Chinese participation in the UK’s critical national infrastructure and revisit the Huawei 5G decision “by the end of 2020 at the latest,” the report advises.

On Hong Kong, the report welcomes the UK’s announcement of the right of BNO (British nationals overseas) passport holders to stay in the UK on a path to citizenship, but points out that it will do little to deter the CCP.

Therefore, it suggests, the UK should do more to generate publicity on Hong Kong by getting other countries to speak out, putting the issue on the agenda of G7, G20, and other international meetings, and even taking China to the International Court of Justice.

The report emphasizes the importance of unity with like-minded countries—both the “Five Eyes” alliance and other liberal democracies in the European Union and Asia—with which the UK needs to “set up further mechanisms for consultation and cooperation on meeting the challenges presented by the CCP’s global rise.”

Some of Britain’s allies have already expressed willingness to cooperate.

In early June, after Beijing threatened to punish British bank HSBC and to break commitments to build nuclear power plants in the UK unless London allows Huawei to build its 5G network, U.S. Secretary of State Michael Pompeo issued a statement saying: “The United States stands ready to assist our friends in the UK with any needs they have, from building secure and reliable nuclear power plants to developing trusted 5G solutions that protect their citizens’ privacy. Free nations deal in true friendship and desire mutual prosperity, not political and corporate kowtows.”

Australia, another “Five Eyes” ally, has echoed the sentiment.

Speaking at the annual Gallipoli Memorial Lecture in London on June 25, George Brandis, Australia’s top diplomat in the UK, noted how the CCP had increasingly used Western social media to engage in a campaign of disinformation on medical, political, and economic lines, which had complicated global health care responses and economic recovery efforts in democracies around the world.

Australia and the UK need to “stand together as liberal democracies in defense of our institutions and our way of life,” he said.