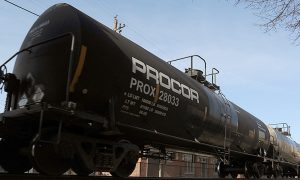 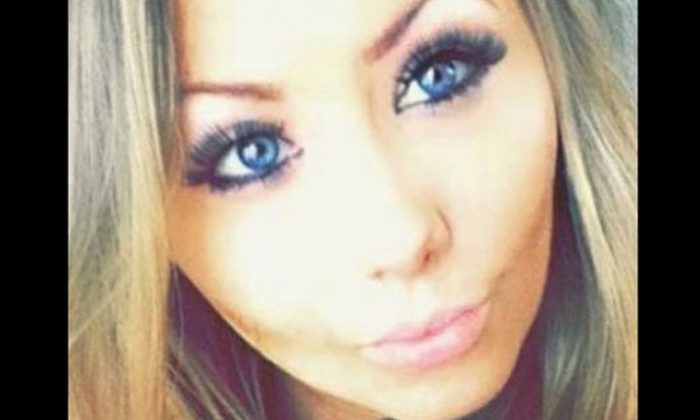 A British woman who was hit by a car while crossing a road near London with her eight-month-old son was heard frantically yelling for the child before her death, according to a witness.

Nicole Newman, 23, was pushing her child, Luciano, in a stroller when they were hit by a vehicle in Penge at around 8 p.m. on Jan. 13, reported Yahoo News UK.

The father, Charlie Bianco-Ashley, was with the pair but was not injured.

She screamed 'where's my baby?' after she was hit by the car

The baby is in critical condition and is slated to undergo surgery on Jan. 14, according to the report.

The Metropolitan Police stated they were called to Croydon Road in Penge at around 8 p.m. when Newman was hit by the vehicle. She was pronounced dead at the scene of the crash.

“That was just after the emergency services arrived. But they kept her in the same spot, so I knew that she was unlikely to survive,” the person, a neighbor who lives near the crash site, told the publication.

The neighbor said they “heard shouting and arguing at first and I thought it was” the neighbors fighting.

“When I looked outside a passer-by was holding the baby to stop the car or the driver moving from the point of impact,” the person stated.

“It took about 15 minutes for the ambulance to show up. When they arrived they gave her a drip but kept her there. Hearing her final screams was so upsetting,” said the unnamed witness.

The driver of the vehicle, identified as a 51-year-old, stopped at the scene and was later hospitalized, according to the Metropolitan Police.

The male “has since been discharged” and “he has not been arrested and is assisting police with their enquiries,” said police

The baby has been taken to hospital with life-threatening injuries.

Despite the efforts of officers and paramedics, the mother was declared dead at the scene,” said police.

Newman’s “next of kin have been informed,” police added. “We await formal identification and a post-mortem examination will be held in due course.”

Charlie’s mother, Gabriella Bianco-Ashley, said the couple had been together for 10 years.

Bianco-Ashley said her grandson “had to be resuscitated twice. I’m about to go to the hospital now. The baby’s got to have surgery.”

The two had recently moved into their own apartment, which was being paid for by Charlie, 25, who worked in a warehouse. Newman, meanwhile, stayed home to care for her child.

“I called them yesterday as I had not seen them, and I usually see them every day,” she said, adding that it was before the crash.

“As soon as I heard I took a mini cab, I ran out into the road and Charlie pulled me back and said, ‘I don’t want you to be killed too,’” she said.

“They were going to drop the baby up to her mum’s. Because it’s a quicker way to walk. There were no cars on the road and the car came from nowhere,” she also stated.

Bianco-Ashley added: ‘They are a lovely couple, perfect for each other. And the baby is so beautiful.”

Investigators are looking for witnesses or anyone with video footage of the crash.