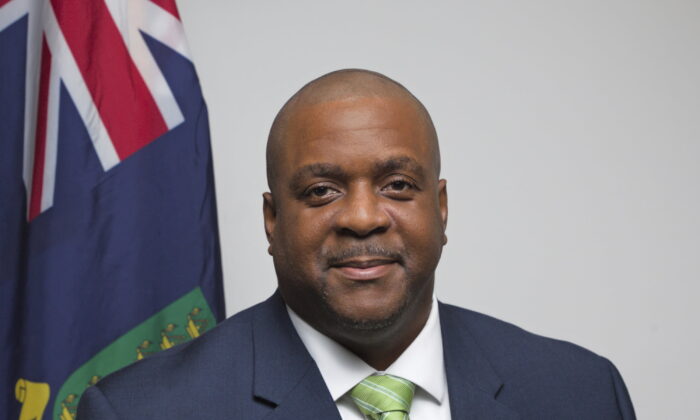 The UK’s Minister for overseas territories Amanda Milling will travel to the British Virgin Islands (BVI) for governance talks as the territory’s elected Premier Andrew Fahie appeared in a U.S. court on Friday on drug-trafficking-related charges.

Fahie, 51, was arrested at a Miami airport on Thursday in an operation led by the U.S. Drug Enforcement Agency on charges of money laundering and conspiring to import cocaine. Oleanvine Maynard, managing director of the BVI Ports Authority, was also arrested.

Both Fahie and Maynard remain in custody and a bond hearing has been set for Wednesday.

The UK’s Foreign Secretary Liz Truss said on Friday that Fahie’s arrest is “extremely concerning and underlines the need for urgent action.”

The incident came as an inquiry report published on Friday said that the British overseas territory has been governed “badly … very badly indeed” in recent years.

The string of islands inhabited by 35,000 people east of Puerto Rico is currently under a 2007 constitution giving it limited self-governance under a governor who is the ultimate executive authority as the representative of the Queen.

The inquiry into corruption in the territory, commissioned by former Governor Augustus Jaspert in January 2021 and led by retired British judge Sir Gary Hickinbottom, recommended Governor John James Rankin have the territory’s elected House of Assembly and government dissolved and take over its governance for two years.

Truss said she had instructed the minister for overseas territories to travel to BVI immediately to speak to Rankin and key stakeholders, and will “announce the way forward next week.”

“In January 2021, we set out significant concerns about the deteriorating state of governance in the British Virgin Islands, as well as the potential vulnerability of the islands to serious organised crime,” the foreign secretary said in a statement. “The UK government supported the then governor’s decision to launch an independent Inquiry into [the] governance of the Territory.”

Truss said the report “shows clearly that substantial legislative and constitutional change is required to restore the standards of governance that the people of the British Virgin Islands are entitled to.”

Calling the British Overseas Territories “a core part of the UK family,” Truss said the UK government is “committed to the security and wellbeing of the people of the British Virgin Islands.”

Hickinbottom’s inquiry found that “Almost everywhere, the principles of good governance, such as openness, transparency, and even the rule of law, are ignored.”

It found that elected officials “can and do make decisions—which expend huge sums of public money and affect the lives of all those who live in the BVI—as they wish, without applying any objective criteria, without giving any reasons, and without fearing any comeback.”

The report says these decisions include matters such as procurement of contracts, selling Crown Land, and grants of residence.

“The relevant elected officials are well aware of this chronic lack of governance,” it says.

“During that period, I recommend direct rule by the governor with such assistance as he considers appropriate, eg an Advisory Council to advise him on the formulation of policy and exercise of his functions.”

Hickinbottom recommended “a return to ministerial government and an elected House of Assembly as soon as practicable,” and that the government should take advice and publish a report on “the earliest practicable date on which such government can resume” at least once every six months.

The BVI’s acting premier Natalio Wheatley said in a statement that he was “very concerned” about the direct rule recommendation which would result in the lack of elected representatives.

“There also would be no government ministers to advance the public’s priorities or a cabinet to approve policy. All of this authority would be vested in the governor,” he said.

“The benefit of representative democracy to the public is the understanding and responsiveness of their elected representatives to their challenges, who also serve as conduits of their views, especially on reforms.”

Wheatley said he believes the report’s “recommendations aimed at reforming and strengthening the systems of government in the Virgin Islands” can be achieved “without the partial or full suspension of the constitution in which direct rule would apply.”

PA media and Reuters contributed to this report.