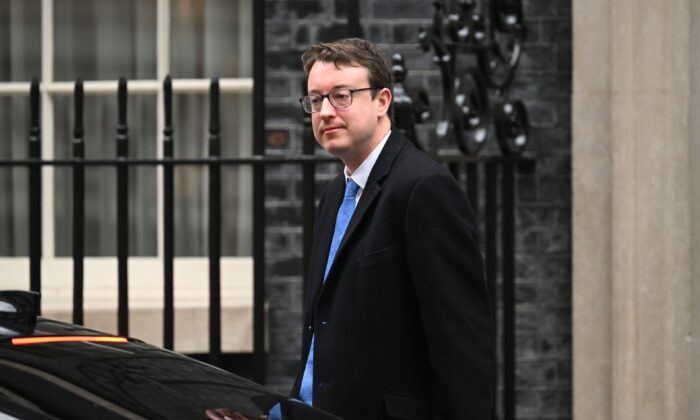 The UK government may levy a windfall tax on energy firms if they fail to reinvest their “enormous profits” in domestic energy supplies, a minister has suggested.

The main opposition Labour Party has been calling on the government to bring in a windfall tax on oil and gas producer profits, which would add another 10 percent to the corporation tax on the companies’ profit on top of the 40 percent they have been paying.

Several government ministers have openly voiced opposition to the idea, but Chancellor Rishi Sunak has not ruled it out.

Simon Clarke, chief secretary to the Treasury, warned energy companies that the tax could be levied if they do not invest more in developing more domestic energy sources.

“The sector is realising enormous profits at the moment. If those profits are not directed in a way in which is productive for the real economy, then clearly all options are on the table,” Clarke told LBC radio on Monday.

His comments come after several Conservative ministers voiced opposition to the idea of a one-off windfall tax.

Health Secretary Sajid Javid said on Saturday that the UK has “a very hard-won but strong reputation on being pro-business, welcoming investment,” and the government must be “really careful with these sudden taxes that could have an impact in the long term that we would come to regret.”

Northern Ireland Secretary Brandon Lewis said the idea “doesn’t really work” and that the government is “very right to be wary of windfall taxes.”

Meanwhile, Jacob Rees-Mogg, the Brexit opportunities minister, argued it is wrong to raid the “honey pot of business.”

Talking to Times Radio on Sunday, International Trade Secretary Anne-Marie Trevelyan described a windfall tax as a “very short-term measure,” adding, “I don’t think a windfall tax is the most efficient way to do anything, I don’t think it drives forward at a pace.”

Education Secretary Nadhim Zahawi warned of the impact a windfall tax could have on elderly people.

He told Sky News: “If you apply a windfall tax, [companies] will probably have to reduce or take away their dividend. Who receives the dividend? Pensioners through their pension funds.”

The Institute of Economic Affairs (IEA), a London-based free market think tank, has argued that the government could provide help to the population through other measures.

IEA Economics Fellow Julian Jessop said, “An effective package should include a mix of benefit increases, tax cuts, and measures to lower energy prices, and mainly be targeted at low-income households.”

“None of this requires a ‘windfall tax’ on energy companies,” he said.