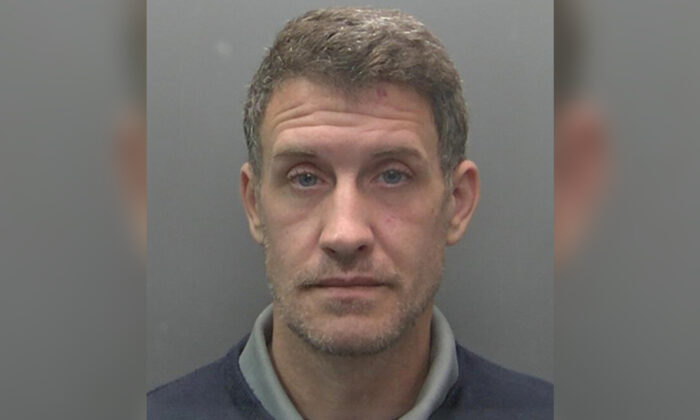 Undated police mugshot of James Watson, who was convicted of the murder of Rikki Neave in April 2022 (Cambridgeshire Police/PA)
UK

LONDON—A 41-year-old man who murdered a six-year-old English boy in 1994 has been sentenced by a judge as if he was a schoolboy.

In what is thought to be a legal first, James Watson, who was 13 when he strangled Rikki Neave, was given the mandatory sentence for a juvenile —detention at Her Majesty’s Pleasure—at the Old Bailey on Friday.

The sentence means he must serve a minimum of 15 years behind bars, minus the 843 days he has spent in custody since his arrest in February 2020.

Watson was convicted of the murder, in Peterborough, Cambridgeshire, in April this year. The prosecutor, John Price QC, said he had to be sentenced in keeping with his age at the time he committed the crime (13) rather than according to his age (41) at the time of conviction.

The judge, Mrs Justice Maura McGowan, said she had no doubt Watson had a “sexual interest in little boys” and that was probably his motivation for the murder.

She said Rikki had a “sad childhood” and had been “neglected” and subjected to “violence and cruelty” by his mother.

The murder of Rikki Neave had remained unsolved for 28 years.

His mother, Ruth Neave, was originally suspected of the crime but was acquitted of murder in 1995. She was convicted of child cruelty and jailed for seven years.

At Friday’s hearing a statement by Neave was read out in which she said: “The police were adamant I’d killed Rikki and I was going to kill my daughters…I had to fight back when people accused me of murdering Rikki.”

The real killer was only unmasked after a cold case review was launched and new DNA evidence emerged.

On Nov. 28, 1994, Rikki left his home on the Welland estate in Peterborough after breakfast but never arrived at school.

He played truant during the day and was only reported missing, by his mother, at 6 p.m.

The following day his body was found naked in nearby woods. His body was spreadeagled and he had been strangled with the zip of his coat hood.

‘After All These Years Rikki Has Some Justice’

In a victim impact statement read out in court Rikki’s oldest sister, Rebecca Harvey, said: “Rikki was not just my brother, he was my entire world. He is and always will be a massive part of my life in fact, he was my life. The day he was murdered was the day I lost a part of me. After all these years Rikki has some justice and now the person responsible for his murder will finally pay for what he did to all of us.”

Watson’s trial heard Ruth Neave was originally suspected partly because a picture of Leonardo Da Vinci’s Vitruvian Man was found in her home and was believed by detectives to be similar to the way Rikki’s body had been positioned.

In January Ruth Neave testified at the trial and admitted she had been taking and dealing drugs in the run-up to Rikki’s death.

In an interview with The Guardian, published on Friday, Neave said of Watson: “He’s a monster, a sexual predator and a monster.”