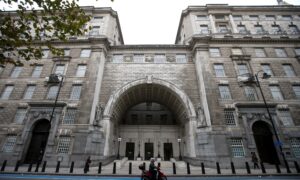 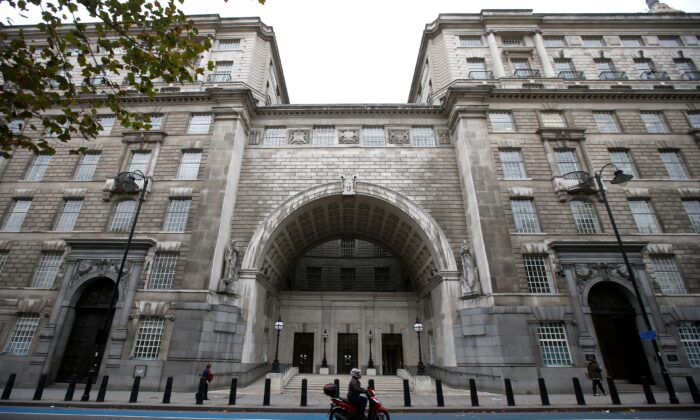 A UK government bill, under which older children can be authorised to become spies for government agencies and break the law, will be challenged in the House of Lords next week.

The government’s Covert Human Intelligence Sources (CHIS) bill aims to confirm a set of safeguards and create a statutory basis for the long-used serious crime-fighting tactic of allowing undercover agents to engage in criminality to secure the trust of those they are investigating.

Its guidance (pdf) allows authorization of lawbreaking by children as they covertly gather intelligence, including in the interests of national security or safety, to protect public health, to help collect taxes, and to detect crime.

Several British peers tabled a motion (pdf) on Wednesday seeking to make amendments to the CHIS bill so that it only allows such young people to be used in this way in exceptional circumstances and if it’s clear they “will not be at risk of any reasonably foreseeable harm (whether physical or psychological) arising from the criminal conduct authorisation.”

Despite not wanting any young person to be used as a covert human intelligence source, young persons’ legal rights advocates Just for Kids Law supports the proposed amendments, but also wants the government to go further.

“We are deeply concerned that the government are taking an ‘end justifies the means’ approach by suggesting that it might sometimes be justified to put children in harm’s way,” Jennifer Twite, the organisation’s head of strategic litigation, said in a statement emailed to The Epoch Times.

“We’re also concerned that the numerous public authorities who can use children as a CHIS won’t have the appropriate resources to support children or the expertise to undertake proper risk assessments to evaluate the danger they may be putting children in.”

Though under 16s can’t be asked to do so under the CHIS guidance, 16- and 17-year-olds can be recruited, subject to certain safeguards, to gather and hand over intelligence against their own parents.

Twite acknowledged that there are some protections in place or proposed for this age group around informing on their parents but said they are too limited.

“It’s still hugely problematic that children aged 16 and 17 aren’t afforded the same protection as under-16s. Children have a fundamentally different relationship with their parents before and after turning 18—at 16 or 17 years old, you’re still likely to be in education or training and be living with and financially dependent on your parents,” she said.

“Sixteen- and 17-year-olds are still children and must be treated as such.”

The CHIS bill has thus far had a bumpy journey on its path toward being made law. In October last year, it passed its third reading in the House of Commons only after being heavily challenged when Labour proposed an amendment for the legislation to state exactly what undercover agents would be permitted to do under it.

The amendment was later defeated, but Labour leader Kier Starmer received a swathe of resignations from his MPs after 34 of them voted against the bill despite his telling them to abstain.

The Bill has also faced a legal challenge from rights groups in an action started against the government in 2017. Before that, it was not publicly known that MI5, Britain’s domestic intelligence agency, had been authorising informants to commit crimes under a secret policy that was not subject to meaningful oversight and did not explicitly prohibit informants from committing crimes such as murder, torture, or rape.

It came under fire again in December when it was revealed that MI6, the country’s foreign intelligence agency, may have authorised spies to commit crimes in the UK possibly without any limits on their extent.

Maya Foa, director of rights advocacy group Reprieve, said at the time that “In light of this secret power-grab, Parliament should think twice about giving assent to the government’s CHIS bill.”

Agencies that are covered under the CHIS bill to authorize lawbreaking by undercover operatives include the seven agencies and departments of the UK Intelligence Community (UKIC), the police, the Home Office immigration and border forces, the military, the Ministry of Justice, the Food Standards Agency, and the Environment Agency.

According to The Telegraph, Security Minister James Brokenshire said: “Juvenile covert human intelligence sources are used very rarely and only where careful consideration has been given to the welfare of the child.

“It may be necessary to help remove the child and other young and vulnerable people from the cycle of crime that they are in. This includes helping to prevent and prosecute gang violence [and] drug dealing.”

He said the use of a juvenile CHIS is rare, subject to safeguards, and “governed by a strict legal framework.”

Nevertheless, Twite said Just For Kids Law wants the Home Office to amend the CHIS regulations around the use of young people as spies “to ensure that no child is ever placed in harm’s way by the police or any other public authority.”

“I remain to be convinced that there is ever an appropriate situation in which a child should be used as a CHIS,” she said in a statement emailed to The Epoch Times.

The CHIS Bill will be discussed in Parliament’s upper chamber next week.

It must clear the House of Lords then be given royal assent before becoming law.